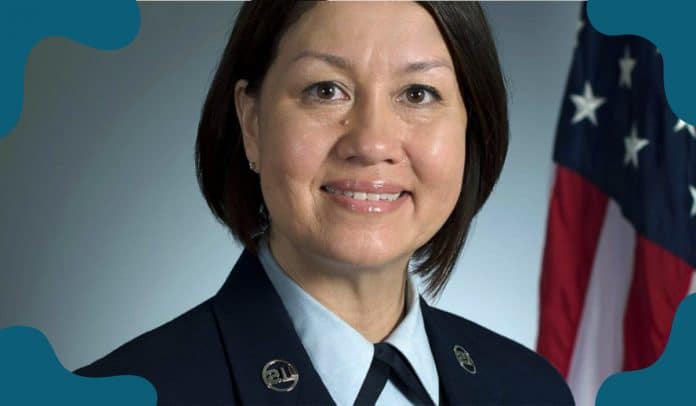 The Air Force became the first United States military branch to name a woman as the top-ranking non-commissioned officer in the military. The Air Force made the announcement of the first non-commissioned lady on Friday. The current command chief for Second Air Force, Chief Master Sergeant JoAnne Bass, will become the nineteenth chief master sergeant of the U.S. Air Force. She will succeed Kaleth Wright, the Chief Master Sergeant of the Air Force, and he will due to retire on 14th August.

Bass expressed her happiness and stated her selection as the nineteenth chief master sergeant of the Air Force with honor and humbleness. She also intends to follow in the footsteps of some of the greatest known leaders of the United States Air Force. The first female top non-commissioned officer showed her extremely gratefulness and pride for the support of her family and friends, who helped her to achieve a big milestone.

According to General Charles “CQ” Brown, the incoming Air Force Chief of Staff said that the branch selected Bass because of her skills, experience, leadership qualities, and temperament. Brown said that he couldn’t be more excited about working side by side with Chief Bass. Moreover, the unique skills pf Bass will help Air Force to lead the Total Force and live up to the high-level expectations of the Airmen.

Brown added that she proved her as a leader who performed her responsibilities with distinction at every step of her skilled career. He also doubtlessly shows his hope that Chief Bass will provide wise counsel as they follow and implement initiatives to grow and empower airmen at all levels. According to the Air Force, Bass was the consent choice of over a dozen candidates for the designation.

Bass will guide Brown, and Barbara Barrett, the Air Force Secretary, on the best use of the service’s four lack and ten thousand recruited members as well as on issues about readiness, welfare, and self-confidence. The Air Force also adds that both Bass and Brown will focus on the shift away from the Air Force from combating terrorism to threats posed by Russia, China, and other enemies. Both these officers grew up in Army families.

Brown will become the twenty-second chief of staff of Air Force in August after succeeding General David Goldfein. He will be the first African-American officer to serve as chief of staff for any United States military branch. Bass accepted the solid chemistry between her and General Brown, a standard set by Goldfein and Wright. Chief Master Sergeant of the Air Force Wright and Team 18 set to some extent high bar, whereas Team 19 will rise to the occasion.

Greetings and praises from some senior Air Force Officers

General Dave Goldfein, the present Chief of Staff of the United States Air Force, congratulates General Brown on his historic choice of U.S. next CMSAF. He shows his hope on his official Twitter account that they will prove themselves as a powerful team. Dawn and he look forward to cheering them on as they take the responsibility of the U.S. Air Force.

Congratulations to Gen Brown on this historic choice of our next CMSAF. They will be a powerful team. Dawn and I look forward to cheering them on as they take the reins of our Air Force. https://t.co/nzTkGNtGcV

Barbara Barrett, the Secretary of the Air Force, also congratulates Chief Bass on her selection at her Twitter account. She adds that there is no better supporter for the recruited force than the Chief Master Sergeant of the U.S. Air Force. Furthermore, she welcomed her as part of the leadership team of the branch. She adds that they continue to improve the daily lives of their Space professionals and Airmen.

Congratulations, Chief Bass! There’s no greater advocate for the enlisted force than the Chief Master Sergeant of the Air Force. I look forward to having you as a part of the leadership team as we continue improving the daily lives of our Airmen and Space Professionals. https://t.co/7ls1tYkgmV

According to the Air Force Times, Master JoAnne Bass recruited in the U.S. Air Force in 1993 and worked as an operations system management journeywoman at the past Pope Air Force Base in North Carolina. Bass stationed in support of operations Southern Watch, Iraqi Freedom and Enduring Freedom, the outlet said.

Bass worked as the command chief for the Second Air Force since July 2018 at Keesler Air Force Base in Mississippi. The Second Air Force has the responsibility to train about thirty-six thousand trainees every year and supports thirteen thousand recruited officers, contractors, and civilians. In 2011, Bass named the Senior Non-commissioned Officer of the year while placed at Ramstein Air Base in Germany.