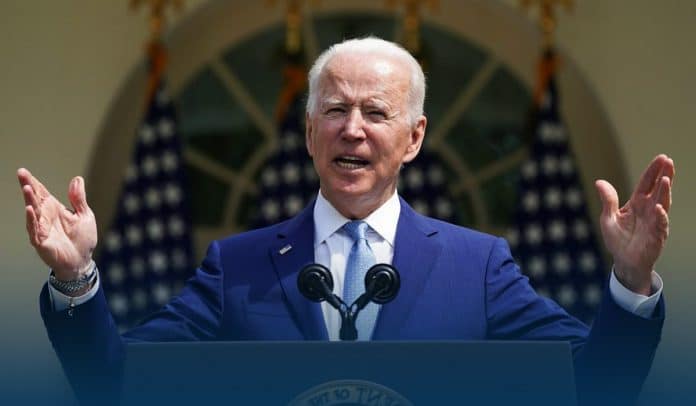 The Democratic criticism pushed the White House to elucidate Biden’s actions later on Friday, with Jen Psaki, the White House Press Secretary, saying Mr. Biden will revisit the subject of raising the refugee cap to set a final, increased refugee cap for the remainder of this fiscal year by 15th May.

America needs to rebuild our refugee resettlement program. We will use all 15,000 slots under the new Determination and work with Congress on increasing admissions and building back to the numbers to which we’ve committed.

Instead, Biden is adjusting the allocation limits set by Donald Trump, which officials said have been the driving factor in limiting refugee admissions. The new allocations provide more extra slots for refugees from the Middle East, Central America and Africa, and lift Trump’s limitations on re-settlements from Syria, Somalia, and Yemen.

Since the fiscal year (FY) began on 1st October, more than two thousand refugees have been resettled in America. A senior government official said President’s new allocations could result in quicker admissions of previously screened and vetted asylum seekers in a manner of days.

Two months ago, President Joe Biden pledged to raise the refugee cap for the next FY to 0.125 million and signaled he would try to make a ‘down payment’ on that in 2021 but acknowledged it would not be easy.

In February, Mr. Biden said at the Department of State that it would take time to rebuild what has been so severely damaged, but that’s exactly what they’re going to do.

The senior government official said President would raise 2021’s cap if needed but that the preference was moving to adjust from which regions refugees would be admitted.

Under Joe Biden’s new allocation, around seven thousand slots are reserved for refugees from Africa, 1500 from Europe and Central Asia, 1000 from East Asia, 1600 from the Near East and South Asia, 3000 from Latin America and the Caribbean, and a reserve of about thousand slots to be used as needed.

On Friday, Jen Psaki, White House press secretary, said that the delay in Joe Biden’s acting was because it took them some time to perceive and assess how ineffective the refugee processing system had become. She said that they had to rebuild some of those muscles and put it back in place.

Moreover, another concern has been the record pace of unaccompanied migrants crossing the United States-Mexico border, which has drawn in many of the resources that would go to appraise, processing, and relocating asylum seekers in America.

Psaki said that it’s a factor, noting that the Refugee Resettlement Office does management and has personnel working on both subjects, and so they have to ensure that there is capacity and capability to manage both.