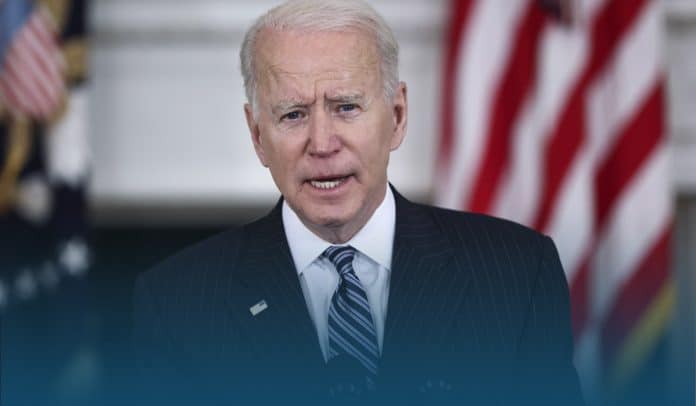 American President Biden’s quick reversals on raising the country’s refugee cap over the past forty-eight-hours marked a rare moment of uncertainty for the current US President within a carefully choreographed first hundred days, one that underscored the progressives’ power to force Mr. Biden to change course, even as they face lawmaking setbacks in a deeply divided Washington D.C.

Joe Biden sought to calm the uprising within his party, Democrats, during brief remarks to reporters on Saturday (April 17) after playing golf in Delaware. The firestorm followed Friday’s news that the US President would sign an emergency determination keeping the current refugees’ cap entering America at 15000 this fiscal year (FY), a level set by the Donald Trump government that is far below historical norms and the 62500 the Biden’s White House had proposed earlier 2021.

According to a source familiar with the subject, Biden’s Saturday remarks followed various clean-up efforts from the government on Friday, including a late conference call with refugee resettlement advocates, where government officials signaled, the President was expected to raise the refugees’ cap well ahead of the May 15 deadline they had set hours earlier.

On Saturday, by way of explanation, President Biden hinted at the problematic politics he is facing as his government attempts to stop the surge of migrants, particularly unaccompanied children, across the southern US border.

Moreover, he inferred that his intentions to increase the number of refugees, which he affirmed in a speech in February this year, had been complicated by what he referred to as the crisis on the border with young persons, uttering a word that his government has tried to avoid concerning the influx on unaccompanied minors.

Jake Sullivan, Mr. Biden’s National Security Adviser, said on CNN‘s ‘State of the Union’ on April 18 that the White House hasn’t determined what that number will be, but noted that President Joe Biden’s ultimate target is going to reflect very much his promise to bringing refugees to America to the maximum extent possible consistent with their ability to process them.

A Quinnipiac University poll released in the last week showed that only 29 percent of Americans approve of the President’s handling of the situation at the Mexico-American border, while 55 percent disapprove. Moreover, with no immediate solutions in sight, that immigration subject once again appears large for Democrats as they seek to hold onto and grow their Congressional majorities in 2022’s midterm elections.

It was a success for progressives who, along with humanitarian groups, directed a wave of fury and scorn at the President on April 16 (Friday), the likes of which he hasn’t seen during his nearly three-month period in office.

Though Joe Biden incorporated many progressive anti-poverty objectives into the COVID-19 relief bill passed through United States Congress earlier in 2021, raising the minimum wage to 15 dollars an hour was a top priority for the left, didn’t survive.

Jen Psaki, White House Press Secretary, suggested on Friday that the Office of Refugee Settlement, which is part of the Health and Human Services Department, currently has limited bandwidth because some officials are working both on refugee resettlement issues and on the situation at the southern border. However, that argument was rejected by refugee resettlement groups that said they had already been preparing for an increase in refugee arrivals.

On Sunday, Jake Sullivan said the Biden government inherited an absolutely shattered system to process refugees from the last government and is seeking to fix it. He noted that the President has already changed the formula set by the Trump government to allow refugees from the Middle East and Africa to enter America, but said the US President is allowing refugees to get on planes that day.

As recently as February, Joe Biden had spoken about his promise to alleviate the suffering faced by the more than eighty million displaced people globally, framing it as a moral issue that he planned to confront as President.

At that time, Biden said he was approving an executive order that would position America to raise refugee admissions back up to 125000 during the first full FY of his government. Moreover, he noted that United States moral leadership on refugee issues was a point of bipartisan consensus for decades, including when he served in the United States Senate.

President Biden said in that speech at the Department of State that they offered safe havens for those fleeing violence or persecution, and their example pushed other countries to open wide their doors as well.

The opinion that the United States must take the lead in housing the most susceptible and endangered people worldwide is shared by many progressives, who swallowed their dissatisfaction when the US President defeated Vermont Senator Bernie Sanders in the Democratic primary.