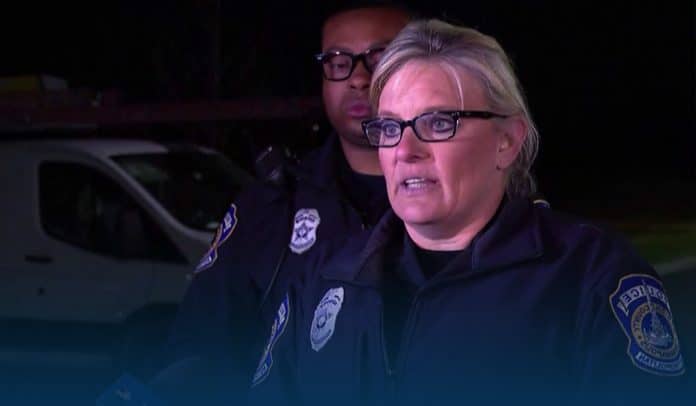 The gunman Brandon Hole who killed 8 people at a FedEx facility in Indianapolis, Indiana, was a former employee, the company says.

Indianapolis Metropolitan Police Department named the suspect as 19-year-old Brandon Hole, who last worked at the firm in 2020.

Officials say seven people were also injured, and the gunman killed himself before police arrived. This is the latest event in a recent increase in mass shootings across the United States.

According to local media, at least four of those killed were members of the Sikh community. A leader of the local Sikh community, Gurinder Singh Khalsa, told Reuters that the FedEx facility was known for employing community members who didn’t speak fluent English.

Officials used the common word ‘another’ to define the incident. Governor Eric Holcomb of Indiana said that is another sad day, and the mass shooting at the FedEx Ground Facility in Indianapolis shakes him.

A statement from Frederick Smith, FedEx chairman, and CEO, described the tragedy as a senseless act of violence.

The statement said he wants to express his deepest sympathies to the families, friends, and co-workers of those team members. Their priority is to respond to the situation on the ground and helping their team members and law enforcement agency.

U.S. President Biden, ordering flags to be flown at half-mast, called the recent mass shootings as a national embarrassment. Mr. Biden said that it has to end. Every day there is a mass shooting in America if we count all those killed out in the streets of their cities and rural areas. He said it is a national embarrassment, and it must come to an end.

The gunman opened fire around 23:00 local time or 03:00 GMT on Thursday (April 15) in the state capital and largest city of Indiana, Indianapolis.

On Friday, city authorities said in a news conference that no cause had been established up till now and noted that one might never be determined.

Randal Taylor, Police Chief, said that they’d never really know all the ins and outs of why this occurred, but they’ll try their best.

Craig McCartt, the Deputy Chief of criminal investigations, stated that the attacker, a 19-year-old, began firing as soon as he came at the building. McCartt said he didn’t know why Hole stopped working there, and FedEx raised questions to the Indianapolis Metropolitan police.

Mr. McCartt said that this suspect came to the ground facility, and when he arrived there, he left his car and quickly began some random shooting outside the FedEx facility.

He added no argument or confrontation; he just appeared to start shooting chaotically, and four persons were seen dead inside the building and another 4 outsides.

The gunman, who appeared to have shot himself ‘minutes’ before the police force arrived, was also found inside the FedEx Ground Facility.

Mr. McCartt said, adding that they believe a 19-year-old used a rifle during the attack; when officers arrived, they found a very chaotic crime scene.

Officials said that the Federal Bureau of Investigation (FBI), which assists in the investigation, has been searching a house in the area, but they refused to respond whether it was the Hole’s home.

CBS News reports that a statement from Paul Keenan, the FBI Indianapolis Special Agent in Charge, said a shotgun was seized from Hole last year after his mother told authorities that he might try to get killed by a police officer.

Mr. Keenan said that the suspect was interviewed in April 2020, and ‘no racially motivated violent extremism ideology was identified during the assessment.’

Local media station cited FedEx worker Jeremiah Miller as saying that he had seen the gunman [Brandon Hole] firing. Mr. Miller told the station that he noticed a man with a sub-machine gun of some kind, an automatic rifle, and he was firing in the open.

In 2021, this is the third mass shooting in Indianapolis, Indiana. Including a pregnant woman, five were killed in a shooting in January 2021. Moreover, last month one child and three adults were killed after an argument broke out over a COVID-19 stimulus cheque.