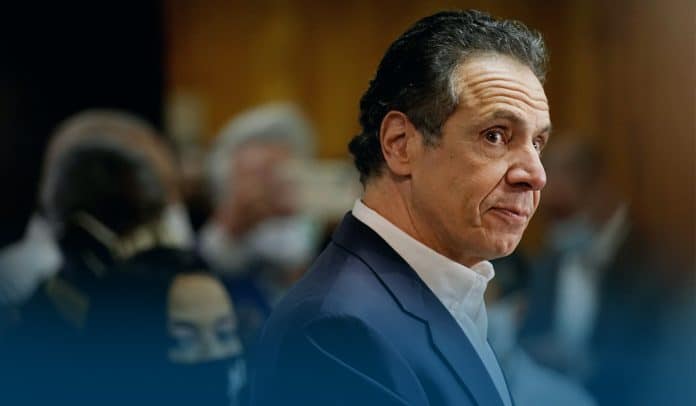 The Court documents filed on Thursday say that a New York State Trooper, who was part of the protective details of the former Gov. Andrew Cuomo and accused him of sexual harassment, sued Cuomo and his ex-top aide Melissa DeRosa, maintaining that she was subjected to discrimination and retaliation after alleging. The New York State Police (NYSP) is also named in the lawsuit.

In the suit, the trooper only identified as ‘Trooper 1,’ says ex-New York governor called on she be a part of his security detail – Protective Service Unit – after they’d held a meeting for just a minute and in spite of the reality that she was insufficiently qualified for the post.

Trooper 1 says that Andrew Cuomo touched her inappropriately on at least two instances, running his figure down her spine and saying, ‘Hey you.’ He then purportedly harassed the trooper, complimenting her appearance, leading the conversations towards sex, saying her not to notify her colleagues about the sort of their conversations and, in one occurrence, requesting her to find him a girlfriend who could handle pain.

Furthermore, accusations from Trooper 1 were included in the inquiry released last August by Letitia James, the NY Attorney General, which found that the former New York governor harassed many women and, by doing so, violated state and U.S. federal laws, according to James. And only after a week, Mr. Cuomo announced his resignation.

A spokesperson for Andrew Cuomo, Rich Azzopardi, said that the suit relies on Letitia James’ ‘report fraud’ and that the law firm representing Trooper 1 is broadly known to use the media to extort settlements in the best interests of anonymous claimants. He said if kissing someone on the cheek, lightly touching on the back, or waiving Hello to someone at any public instance on New Year’s Eve is actionable illegitimate, then they’re all in trouble. However, he added they look forward seeing justice in a court of law.

An attorney at the law firm representing ‘Trooper 1,’ Valdi Licul, said that the trooper merely wants to justify her legal rights and proceed with her life. However, Cuomo has frequently disputed the discoveries of the NY Attorney General’s inquiry and rebuffed the assertions that he sexually harassed any women. After the Letitia James’ report was disclosed, he said in a video message that the realities contrast with what had been represented. Cuomo said he had never touched someone inappropriately or made any sexual overtures.