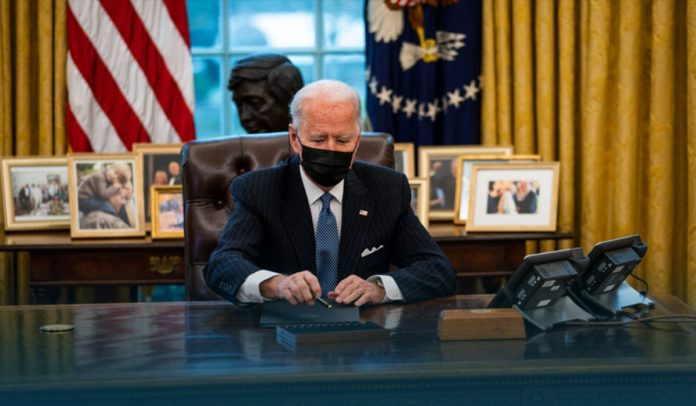 The White House said that American President Biden nominated on Monday three people for top U.S. Department of Justice (DOJ) posts, including a person who will provide legal advice to the government and another supervising criminal investigation.

According to the White House, Joe Biden picked Christopher Schroeder, who ran his transition team’s efforts on the DOJ, to be assistant Attorney general for the Legal Counsel Office.

The OLC (Office of Legal Counsel) is a powerful post that entails providing legal interpretations to the executive branch. Although the opinions aren’t considered legally binding, they are nonetheless often treated as legal gospel.

Maybe the most notable case illustrating the power that the Office of Legal Counsel wields came about during the investigation of former American President Trump’s campaign by Robert Mueller, then-Special Counsel.

Much to the chagrin of many of Donald Trump’s critics, Mueller was constrained by an OLC opinion that specified a sitting President couldn’t be indicted.

Christopher Schroeder, who formerly served in the office during President Bill Clinton’s administration, is also an environmental law expert.

Kenneth Polite will inherit some highly sensitive criminal investigations as head of the criminal division. For instance, the United States Attorney for Delaware is currently conducting a criminal tax investigation into Hunter Biden, Joe Biden’s son.

Moreover, the criminal investigators are looking into sex-trafficking allegations against Matt Gaetz, a GOP Congressman. Gaetz has denied misconduct and says he and his father are the topics of an extortion plot.

In 2014, according to an interview he gave the Times-Picayune, Kenneth Allen Polite Jr. served as former American Attorney for the Eastern District of Louisiana in his hometown of New Orleans. He knows the influence of crime firsthand. His half-brother was killed, a factor that driven him to become a prosecutor.

American Attorney Kristen Clarke has been nominated for the Civil Rights Division, while Todd Sunhwae Kim has been chosen for the Environment and Natural Resources Division.