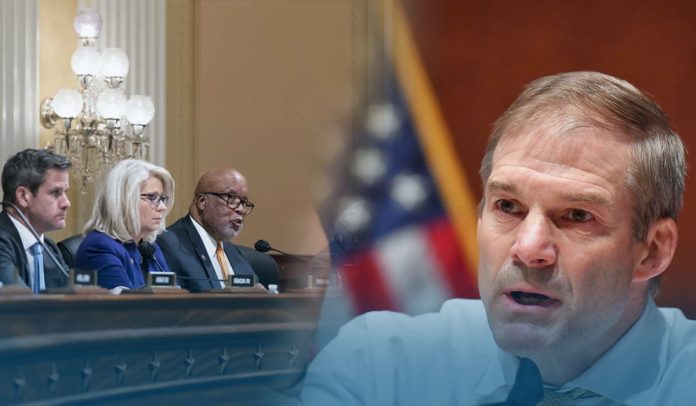 Ohio Republican Rep. Jim Jordan wouldn’t comply with the interview request that he testify before the House Select Committee inquiring about the 6th JAN attack on the U.S. Capitol Hill. In a letter dated on Sunday and addressed to Rep. Bennie G. Thompson, the panel’s chairman and close ally of ex-US president Donald Trump accused the committee, made up of two GOPs and seven Democrats, of playing politics.

Jim Jordan wrote in the letter that an attempt to pry into the deliberative process notifying a Panel Member about legislative subjects before the U.S. House is an outrageous abuse of the authority of the January 6 Panel.

Moreover, the Ohio Republican declined to comply with the December 22 request to appear before the Jan. 6 committee to discuss his communication with Donald Trump on the day of the insurrection. Previously, Rep. Jordan said that he couldn’t recollect how many times he spoke with the then-President on 6th JAN but that the two spoke at least one time.

The Select panel is also in the hunt for details of any communications Mr. Jordan had on Jan. 5 or Jan. 6, with Donald Trump’s legal team, the ‘war room’ team members that assembled at the Willard hotel before the assault, the White House staffers, and any other involved in planning or organizing the activities and strategies for the deadly day.

Moreover, the interview request specifies that Rep. Jordan might be able to produce details regarding meetings with the former President and officials of the White House in the weeks and months following January 6, 2021, about tactics for tilting the outcomes of the 2020 Presidential election.

A panel spokesman said Monday that the letter of Rep. Jim Jordan ‘fails to address the key bases for the Select Panel’s request for an interview,’ including that he worked directly with the then-President and Trump’s legal team to try to overturn the legal results of the presidential contest.

The statement added that Jordan has self-proclaimed that he spoke directly to Mr. Trump on 6th January and is thus a material witness. Also, the spokesman said the panel would respond in additional details to the Ohio GOP in the upcoming days. The Rep. Jim Jordan’s office didn’t give any comment.

In December, Jim Jordan refused to say whether he played a role in the 5th JAN briefing with a retired US Army Colonel Phil Waldron, who was working with outside attorneys of Trump. Instead, Waldron shared a 38-page PowerPoint document that outlined suggestions to challenge the Nov. 3 Presidential election.

The House Select Panel has subpoenaed several people, including prominent advisers to Donald Trump, as part of its attempts to comprehend what led a pro- Donald Trump mob to attack the U.S. Capitol on 6th JAN in a bid to block the certification of Joe Biden’s election win. Mark Meadows, the ex-White House chief of staff, and a longtime Trump ally Stephen K. Bannon have refused to cooperate, and legislators have voted to find them in contempt of the United States Congress.

In his Opening Monologue on Monday, Sean Patrick Hannity, the host of the Hannity show on Fox News, said the House Select Panel inquiring about the Capitol assault on 6th JAN can’t be considered a serious legislative body if it remains to refuse any investigation into why the House of Representatives Speaker Nancy Pelosi and Muriel Bowser, the Mayor of the District of Columbia frequently rejected to consider President Trump’s approval of twenty-thousand National Guard troops to protect the congressional campus.

Hannity said that once ex-US President approved the request, it was up to Bowser and Nancy Pelosi to proceed; however, they refused. Regarding that, if the panel seriously intends to the origin of the 6th JAN, they must issue a subpoena to Bowser and Pelosi with earnest attention they’ve right-wings, the list containing former Trump advisors Roger Stone and Stephen Bannon.