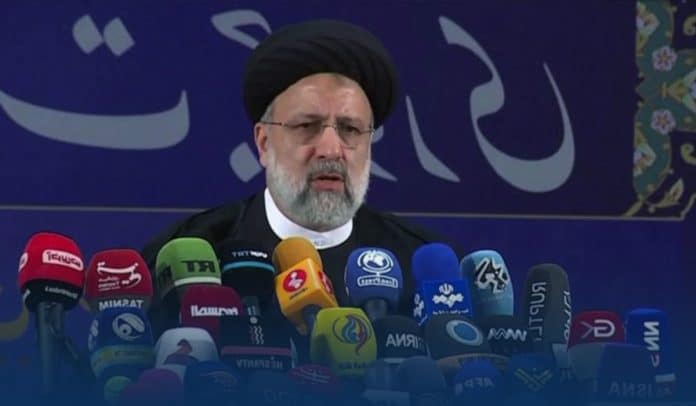 Ebrahim Raisi, a Sixty-year-old cleric, a protege of Ayatollah Khamenei, won Friday’ Presidential election, sweeping almost 62 percent of the 28.9M votes. That was the lowest voter turnout in the history of the Islamic Republic.

Tehran Province had an incredibly low 34 percent turnout, about half of previous years, with numerous polling sites noticeably desolated. Raisi, who heads Iran’s judiciary, will replace President Hassan Rouhani, whose landmark achievement was a 2015 nuclear accord between world powers and Iran in August.

The President-elect said of the atomic talks that any negotiations that guarantee national interests would undoubtedly be supported. But Iran would not allow negotiations for the sake of negotiations. Moreover, he said that every meeting and negotiation must produce a result for Iran.

The 2015 atomic agreement saw Tehran accept curbs on its atomic capabilities in return for an easing of sanctions, but Donald Trump unilaterally withdrew 3-years later and elevated sanctions, prompting Iran to pull back from its atomic commitments.

Joe Biden has indicated his willingness to return to the accord, and state parties, also including France, Britain, China, Russia, and Germany, have lately been talking about its revival in Austria’s capital, Vienna.

On Sunday, European Union negotiator Enrique Mora said that those involved in nuclear talks were closer to save the Iran nuclear agreement but that sticking points persist.

When asked about a meeting with American President Biden, Ebrahim Raisi flatly responded NO.

Raisi also said his government would be open to restoring ties with Saudi Arabia. He said that there aren’t hurdles from the Iranian side to reopen embassies. And there are no hurdles to relations with Iran’s regional foe. Ties were cut in 2016 between Saudi Arabia and Iran after followers attacked KSA diplomatic missions following Saudi Arabia’s execution of an admired Shiite cleric.

In the past, Raisi, 60, who is subject to American sanctions imposed over political prisoners’ executions in 1988, has denied he played a part in the killings.