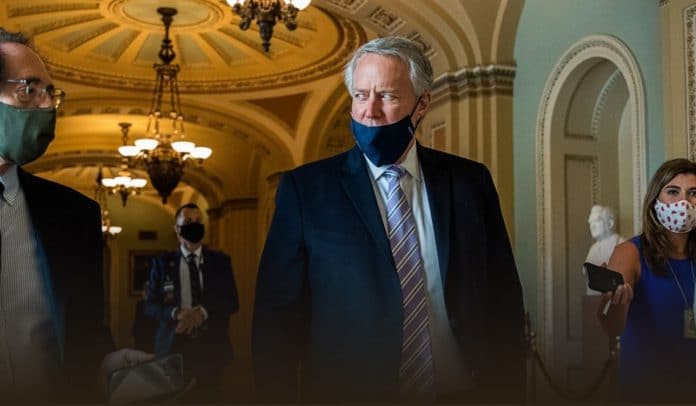 Senate GOP COVID-19 relief bill includes funds for the design and construction of a new Federal Bureau of Investigation building as a headquarters at the request of the administration. According to the content of the bill, it includes $1.75 billion for design and building the Washington, D.C. headquarters facility for the FBI.

The Republican coronavirus stimulus proposal includes funds for the design and construction of a new FBI headquarters at the request of the Trump administration https://t.co/UNg9Xirfdm

The provision of the funds comes after the successful push of Trump’s administration for the funds caused notable problems during the intraparty negotiations. However, the funding might still face an ambiguous future, with at least two major Republicans withholding complete support.

Mitch McConnell, the Senate Majority Leader, initially specifies at a news conference on Monday that he wasn’t aware the Federal Bureau of Investigation provision was in the bill. Afterward, some moments later, he said that the White House “insisted that be included.”

On the question from a reporter, why the money was in the Senate GOP proposal, McConnell reacts that he is not sure that it is. An assumption aide to McConnell then interrupted and explained off-camera to the reporters: “There is a limitation to enhancing specifically to coronavirus-related issues so that they will take more information for them.”

Relocating the FBI headquarters out of Washington

The administration of Trump and specifically Trump himself long been involved in plans about the FBI headquarters. Last year, the inspector general of the U.S. Justice Department said that it would investigate a decision to scrap plans to shift the FBI headquarters location out of Washington to suburbs of the district, a decision that might benefit the nearby hotel of Trump.

Plans to move the headquarters from the old Hoover building since 2012 might result in the building a hotel to compete with the hotel of Trump a block away. However, in 2017 and at the start of 2018, the new leadership of the FBI started to reconsider their decision, preferring to stay in the capital of the country. Property managers of the government at the General Services Administration called off previous development plans. In early 2018, the administration of the White House proposed over $2 billion in funding for a new building for FBI headquarters, permeating cash into a delayed effort to shift the building.