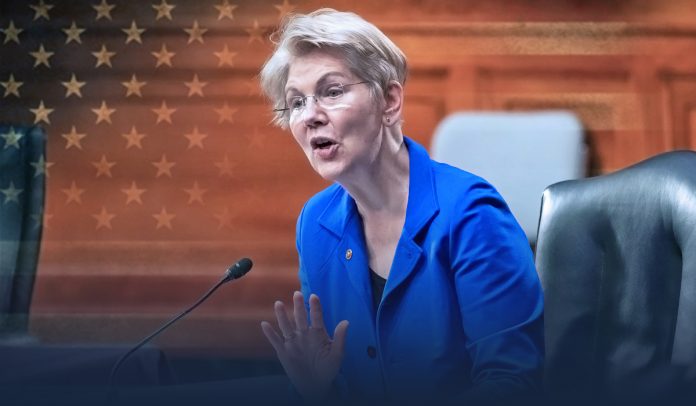 Sen. Elizabeth Warren of Massachusetts, Senator Bernie Sanders, and other progressives on Monday proposed a bill including a 2% annual tax on wealth over $50M, rising to 3% for wealth over $1B.

A 1% surcharge would apply to those with a net worth above $100B under the so-called Ultra-Millionaire Tax Act.

The Ultra-Millionaire Tax Act aims at reining in a widening United States wealth gap, which the COVID-19 pandemic has exacerbated.

Warren said Monday in a statement the ultra-rich and powerful had rigged the rules in their favor effectively that the top 0.1 percent pay a lower effective tax rate than the bottom 99%, and billionaire wealth is 40 percent higher than before the pandemic crisis began.

According to an economists’ analysis from the University of California-Berkeley, about 100,000 U.S. families would be liable for the ultra-millionaire Tax. They also estimated it would generate an expected $3T in revenue over ten years without raising taxes on 99.95 percent of American households, which have a net worth below $50M.

The Joe Biden administration has dismissed proposals for a wealth tax, complicating the bill’s path to become law.

According to a Bloomberg analysis, Jeff Bezos, the world’s richest person, would face an additional tax charge of at least $5.4B in 2021 if the bill becomes law, whereas Elon Musk would pay $5.2B. Moreover, the measure would cost Bill Gates an extra $4B, and Mark Zuckerberg would have to fork over $2.9B to cover the tax.

The proposal, which mirrors one outlined by Elizabeth Warren as a presidential candidate in 2020, comes as Democrats push forward with a $1.9T package to stimulate the COVID-hit economy. With a narrow Democratic majority in both chambers of U.S. Congress, Joe Biden has also rolled out proposals to spend huge on early education, K-12 education, and infrastructure. The wealth-tax legislation was introduced alongside Rep. Brendan Boyle (D-PA) and Rep. Pramila Jayapal (D-WA).

Three Trillion Dollars. That is how much the Ultra-Millionaire Tax Act is estimated to raise over a decade, according to an assessment from the Berkeley economists Emmanuel Saez and Gabriel Zucman.

The researchers raised that estimate in 2021 because ‘wealth at the top, particularly among billionaires, has grown’ partly because of the COVID-19 pandemic, which has hit low-income earners and minorities particularly hard.

The opponents of a wealth-tax argue that it can pose administrative and legal issues for the government, raising queries over the constitutionality and how net-worth would be measured. Last week, Janet Yellen, Treasury Secretary, pointed to the very challenging implementation problems of such a proposal in an interview. Janet Yellen stated in the interview that the management would instead consider tax increases on businesses and capital gains.

In January 2020, a Reuters/Ipsos poll found that 64 percent of respondents said that the very rich should contribute an additional share of their total wealth each year to support public programs. Moreover, there was not just agreement among Democrats in the poll; 53 percent of Republicans also supported a wealth tax. Co-sponsors of the legislation include the 2020 presidential candidates Sen. Kirsten Gillibrand (D-N.Y.), Sen. Bernie Sanders (I-Vt.), and others.

Elizabeth Warren said as the U.S. Congress develops additional plans to help the American economy, the wealth-tax should be at the top of the list to help pay for these plans because of the enormous amounts of revenue it would generate.

The bill possibly faces significant obstacles in the U.S. Senate, where Democrats hold the slim majority.

Hackers Steal more than 40 million dollars’ worth of bitcoin from...

China is storing 73 million barrels of oil at sea