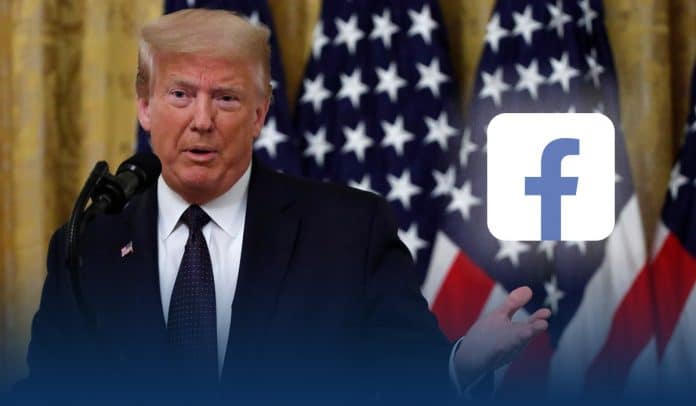 After Facebook banned former US President Donald Trump from using the platform, his fundraising arm is once again advertising on the site. His ‘Save America Joint Fundraising Committee’ introduced an ad campaign on the social media giant in the previous week to fundraising for Mr. Trump.

According to the data in Facebook’s ad library, a joint venture between Donald Trump’s Make America Great Again PAC and Save America leadership PAC has spent 3506 dollars on media giant ads promoting the former president’s coming rally outside Cleveland, Ohio the following Saturday and appealing for donations to hid fund.

The PAC runs its ‘@OfficialTeamTrump’ page on Facebook, which has not been subjected to the suspension on Trump’s official page. However, the Facebook page remained mostly silent over the past months. Furthermore, the page showed postings only a few times since the media giant booted the former president off its apps in January this year.

The ads link to Donald Trump’s ‘Save America’ fundraising page, which is operated by the Republican Party digital ad firm WinRed.

The ads display something like after just some months ago in office, it is evident that ‘Joe Biden is nothing more than a washed-up career politician who has no intimation what he is doing. And there is a disaster at the United States border, gasoline prices have increased rapidly, and ‘the United States is in DECLINE!’ Moreover, the ad requested to donate to show Mr. Trump what they really think about Biden.

Mr. Trump is fundraising on a social network that still considers him as “an unwelcome person.”

On Monday, Facebook states that Trump’s status on its platforms is unchanged.

Spokesman Andy Stone said that President Trump is banned from using Facebook; therefore, he couldn’t post at all. Moreover, Stone said that groups affiliated with Trump aren’t barred from platform posting so long as they aren’t posting in his voice.

The social media giant has already attempted to exert some control on Donald Trump surrogates who might serve as representatives for him on the platform while he remains suspended. For example, in March this year, it took down an interview with the former president that Lara Trump (Trump’s daughter-in-law), posted to her Facebook page.