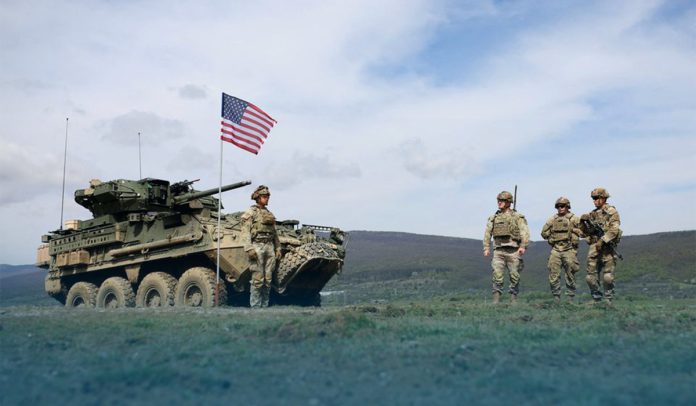 On Tuesday, Lloyd Austin, Washington’s top Defense official, urged more countries to provide more security and military aid to Ukrainian forces in their fight against brutal Russian assaults, at a faster pace, as Kyiv readies for the second phase of its defense and survival.

America and its allies and partners signaled yesterday that they’re proceeding swiftly and mightily to support Zelenskyy’s military forces and intensify economic pressure Putin’s Russia as a consequence of its more than 2-month long incursion of the neighboring state, while the U.N. said Vladimir Putin, the President of Russia has accepted to allow international humanitarian organizations help people flee the besieged city of Mariupol.

After a long-day meeting at RAMSTEIN AIR BASE, Germany, with delegations from dozens of countries gathered behind Ukraine and to coordinate their efforts to support Ukraine, the United States Defense Secretary told the media that they’ve got to ‘move at the speed of war.’ Austin added that today’s meeting laid out why the following some weeks will be so crucial for the East European embattled country.

According to the media reports, attendees at the closed-door meeting included senior defense officials from NATO and non-NATO countries, who were displayed detailed maps of Putin-led forces now focused in Ukraine’s East and South, where American military evaluates they anticipate to surround and bombarding with heavy artillery and air power positions held along a contact line by up to half the Armed Forces of Ukraine. Among the briefers were the U.S. Chairman of the Joint Chiefs of Staff, Gen. Mark A. Milley, and Gen. Tod D. Wolters, Commander, U.S. European Command & NATO’s Supreme Allied Commander Europe.

The U.S. Army General Mark A. Milley said in remarks to the media-persons that time isn’t on Ukraine’s side. The result of this brutal fight is reliant on the attendants of the closed-door gathering.

Russia and America continued to trade economic jabs, with Russian energy firm Gazprom saying Wednesday that it had stopped gas supplies to Poland and Bulgaria for failing to pay for gas in rubles, Moscow’s toughest retaliation so far to international sanctions over its war in Ukraine. And in D.C., Merrick Garland, the United States Attorney General, told the US governing body – Congress – that he supported lawmaking that would permit seized assets of Russia to go directly to Kyiv.

On Tuesday, Antonio Guterres, Secretary-General of the United Nations, met with Lavrov and Putin in an effort to broker a cease-fire deal, even as Moscow launched new missile attacks on Ukraine’s Southern and Eastern areas. The United Nations Chief then traveled to Kyiv, stopping first in Poland to meet Andrzej Duda.