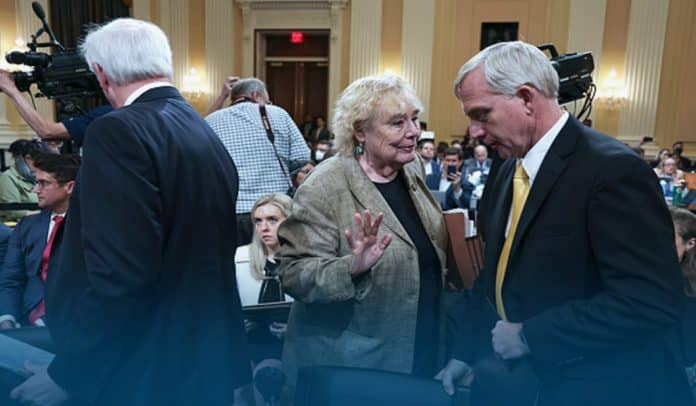 On Sunday, two members of the Select Panel to probe the deadly attack on January 6, 2021, on the U.S. Capitol said that they anticipated the committee to obtain United States Secret Service (USSS) text messages from the 5th and 6th of January last year, by Tuesday, July, 19, following a subpoena issued Friday night for the records. The USSS said early on July 16 that it would swiftly respond to the House Panel’s witness summon.

According to the media reports, January 6th Committee Chairman, Congressman Bennie G. Thompson, Representing Mississippi’s Second District, wrote in a letter on July 15 to James M. Murray, Director of the U.S. Secret Service, that the committee is in hunt for records from Jan. 5 & 6, 2021, and restated three previous requests for information by Committees of the U.S. Congress.

The Select Committee has issued a subpoena for records from the United States Secret Service.

In a letter to Secret Service Director James Murray, Chair @BennieGThompson sought information about Secret Service text messages from January 5 and 6, 2021 that were reportedly erased.

Furthermore, Mr. Thompson wrote in the letter that the Select Panel has been informed that the USSS erased texts from the 5th and 6th of January last year as part of a ‘device-replacement program.’ Moreover, in a 14 July 2022 statement, the U.S. Secret Service stated that it started to reset its phones to factory settings as part of pre-established, 3-month system migration. In that process, data resident on some mobiles was lost. However, not even a single message that the U.S. Homeland Security Department Office of the Inspector General was requesting, had been lost.

Select Panel Anticipates to Get Texts by This Tuesday

January 6th Committee Chairman continued that the inquiry panel pursues the relevant records, as well as any after-action reports that have been delivered in any Secret Service divisions relating in any way to the 6th JAN proceedings.

In addition, Congresswoman Zoe Lofgren, Representing California’s 19th District, a Democrat, told the media that they anticipate to receive the records by July 19, without disclosing more information. Lofgren also said that the investigative panel has requested that they needed all the text messages from the 5th & 6th of January last year.

According to one more panel member, Congressman Adam Daniel Kinzinger, the U.S. representative for Illinois’s 16th congressional district, said yesterday that he expects the USSS will cooperate with the committee’s subpoena by July 19 as the committee investigates Donald J. Trump’s activities at the time of the deadly obstruction.

And according to the letter delivered to the Capitol Attack Panel, their statements come as the House Panel focuses on erased messages from the USSS delivered on the 5th & 6th JAN, shortly after oversight officials probing the agency’s response to the U.S. Capitol insurrection demanded those messages. The witness summon issued by the House Committee for the mobile phone records signifies the only time it has openly done so for the federal agency.