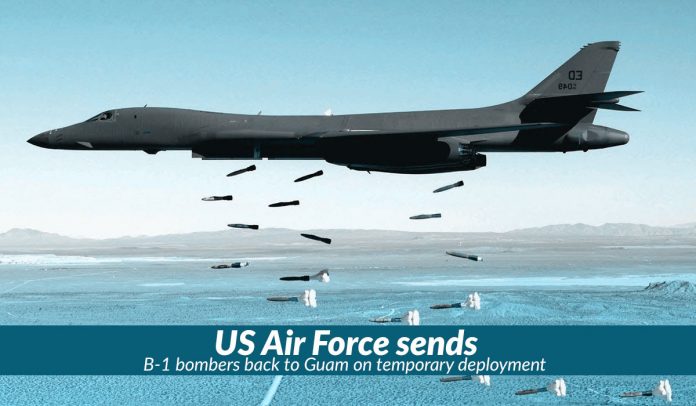 Just some weeks after the United States Air Force ended its sixteen-year Continuous Bomber Presence in Guam, it sends back its B-1 bombers to the Pacific Island. The temporary deployment program designed to keep rivals of Washington guessing about what United States weapons will be where and when. On Friday, the U.S. Pacific Air Forces (PACAF) announced that four of the B-1s have the capability to carry the largest weapon cargos in the American fleet, arrived at Andersen Air Force Base on the Pacific island to perform training and strategic pre-emption missions in the Indo-Pacific region.

Just a few weeks after the US Air Force ended its 16-year Continuous Bomber Presence in Guam, its B-1 bombers are back on the Pacific island. https://t.co/qTebaWQUwM

The service said in a statement that the B-1s, from Texas’ Dyess Air Force Base, deployed under bomber task force, a strategy planned to move the huge warplanes to areas across the world to establish operational unpredictability. The U.S. Air Force didn’t mention for how long the bombers will be on Guam. According to analysts, that plan makes the United States forces difficult to target than staying them on particular bases, as the situation in the now-ended Continuous Bomber Presence did on Pacific Island.

Senior U.S. international defense researcher with the RAND Corporation think tank in Washington, Timothy Health, said that the probability and reliability of the Guam deployment raised serious operational susceptibilities. A strategist in the Chinese military might have efficiently planned ways of destroying the bombers because of their established presence. Since it takes out B-52 bombers from Guam on 17th April, the United States made scenarios to make B-1s visible in the Pacific, with missions flown over from its bases in mainland America.

The U.S. enhanced its ability to carry more powerful weapons by replacing B-52s with B-1s

That mission includes a thirty-two-hour flight by two B-1s from South Dakota’s Ellsworth Air Force Base over the South China Sea and flies back last Thursday. Whereas, earlier in April, the U.S. Air Force sent two B-1s from the Ellsworth base on a thirty-hour return trip to Japan, where they teamed up with F-15 and F-2 Japanese fighters, along with U.S. F-16 fighter jets, on a training exercise, according to the Air Force.

While declaring the deployment of the B-1s jets to Guam, PACAF’s chief of operations force management, Lt. Col. Frank Welton, praised the ability of the United States to bring more powerful weapons than the previous B-52s that it pulled from Guam a few weeks ago. Welton states that the B-1 has the ability to carry Long-Range Anti-Surface Cruise Missile (LRASM), giving it an innovative stand-off, counter-ship ability. The accuracy guided-missile intended to hit warships of enemies with disintegration and to penetrate weapon, while keeping its bombers at low risk of a retaliation attack.

The U.S. enhanced its ability to carry more powerful weapons by replacing B-52s with B-1s

The U.S. Air Force said the arrival of the B-1s bombers to Guam marked their primary presence in the Pacific region since 2017 when they flew several missions with Japanese and the South Korean air forces during the peak of the United States tensions with North Korea. Analysts predict that deployments such as B-1s are making to the Pacific may be expected as a new normal for the whole region. 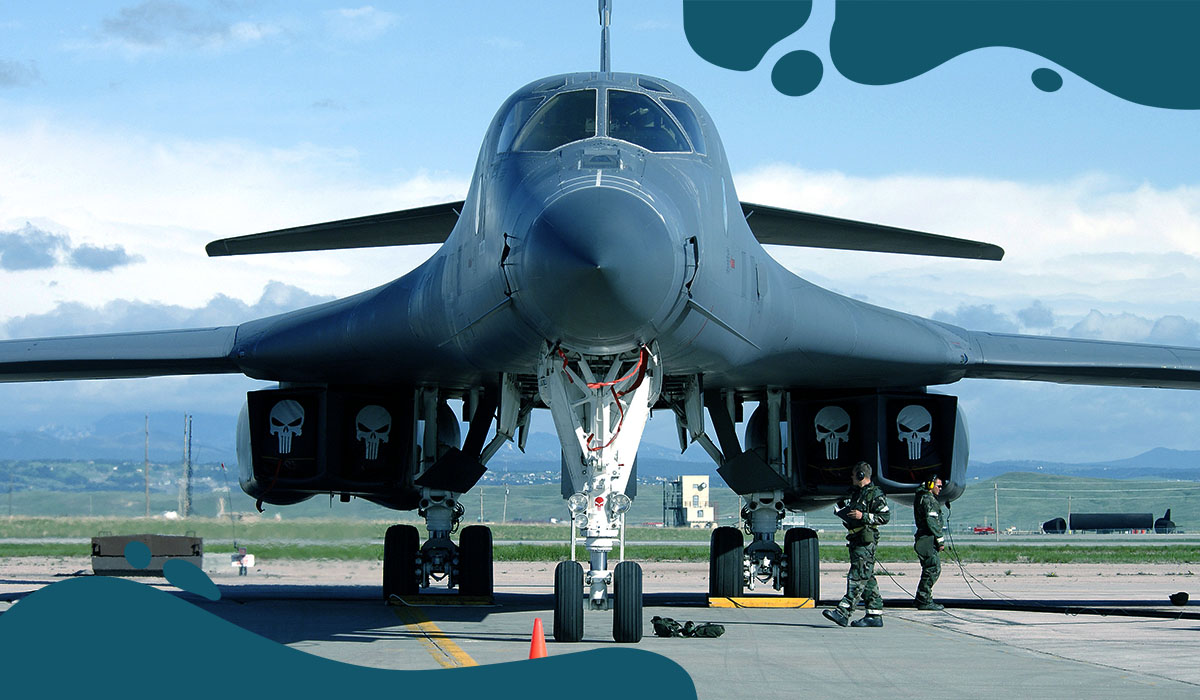 A former director of operations at the Joint Intelligence Center of the United States Pacific Command, Carl Schuster, said that they would phase bomber jets through Guam sporadically. Occasionally they will take part in exercises with U.S partners and allies; from time to time, they will continue to the Indian Ocean by the South China Seaway. Schuster said that the unpredictability of casual deployments would also confuse any enemy’s decision-making assumptions.

US launched airstrikes against Iranian-backed militia camps in Iraq