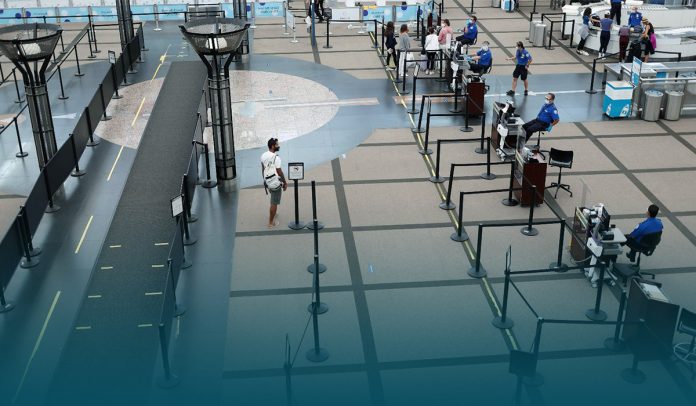 Security screeners seized a record number of guns at airport security checkpoints at about twice the rate in 2019. According to the new Transportation Security Administration data (TSA), in 2020, they found at least ten firearms per million travelers.

TSA Administrator David Pekoske said the increasing number of firearms that passengers bring to airport checkpoints is alarming. Moreover, he reminded travelers that they might carry legal but unloaded guns locked in a hard-side case and should be part of checked luggage.

The Rate of Firearms Discovered Annually

TSA officers discovered most of the guns loaded in carry-on belongings and passengers moving through security checkpoints and precisely calculated to be 10 for every million passengers. However, with 0.5 billion more passengers screened in 2019, TSA officers recorded 4432 firearms that year.

The rate was almost double that in 2019 when screeners found only five guns for every million passengers.

The Security Administration is currently screening less than 40 percent of the traffic that it did last year. The screeners blocked passengers with guns at 234 US airports in 2020.

The rate of guns discovered spiked to more than 15 guns per million travelers in July 2020, when travel was at one of its lowest stages during the COVID-19 pandemic. That rate was higher from 5.1 guns per million people in July 2019, even though air traveler traffic was down 75 percent at the time.

What about Guns and Airports from the TSA

Sheldon Jacobson warned that what the 2019 figures mean is not exactly clear. Jacobson has studied aviation security system scrutiny for 25 years. Moreover, he is among the researchers whose work led to the agency’s PreCheck screening system’s advancement.

Jacobson said about the reaction if they found ten firearms, or what if they discover 10000. It is a large number, but it is questionable what it means.

Federal law prohibits travelers other than certain security officials from bringing firearms into the cabin. Federal law permits passengers to put guns in checked bags that go into the cargo hold if they are in an unloaded state and placed in a locked case.

Airlines do not have to permit firearms even in locked cases and checked bags. All leading American carriers temporarily banned guns in checked bags on flights to Washington area airports for a week after the January 6 riot at Capitol by former President Trump supporters. The bans lapsed last weekend, three days after the inauguration of President Joe Biden.

Vulnerabilities in the TSA’s Screening Practices

ABC News reported in 2015 that officers from the Department of Homeland Security posing as travelers uncovered staggering weaknesses in the TSA’s screening practices. Security weakness enabled officers to smuggle fake bombs and illegal firearms through security checkpoints in 95% of their trials. The acting head of the TSA was removed from the office, and Homeland Security pledged improvements.

Even additional security actions, including the full-body scanners being introduced in 2015, have not eliminated security breaks. For example, the passenger got a loaded gun through security in Atlanta and landed with it in Tokyo, Japan.

Jacobson said that TSA uses its blog as a conduit for communicating its successes. Any time they are preventing a firearm from entering a sterile zone that is an achievement. For the traveling, the agency’s recent statement is just a number. The TSA is proving that they are doing a job.