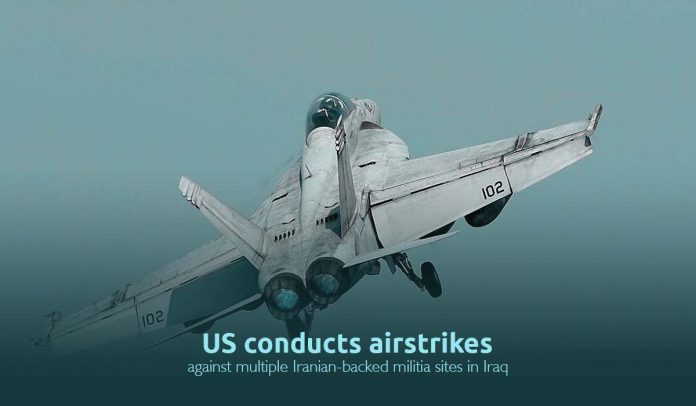 According to the United States Defense Department, the United States conducts retaliation airstrikes against several Iranian-backed militia sites in Iraq on Thursday. The strikes carried out a day after the U.S. assessed an Iranian-backed militia group involved in the rocket attack on an Iraqi base holding the U.S. led coalition forces, killing two U.S. nationals and one U.K. service member.

On Friday, the Defense Department confirmed the deaths of two U.S. service members in the attack. The victims were Juan Miguel Mendez Covarrubias, Army Specialist, aged 27 from Hanford California while the other one was Sgt. Marshal D. Roberts, Air Force Staff, aged 28 from Owasso, Oklahoma. Besides, the United Kingdom Ministry of Defense also shared their slain service member in Iraq as Lance Corporal Brodie Gillon.

Likewise, the government of the United Kingdom expressed their support for the United States airstrikes in Iranian-backed militia sites in Iraq. Ben Wallace, the U.K. Defense Secretary, said that they support the right of the U.S. to defend their people, as they did yesterday. Moreover, an official of the United States defense told CNN that the attacks carried out through crewed fighter aircraft and targeted five weapons storage facilities.

The U.S. Defense Department stated in a written statement that the airstrike intended to harm the ability of an Iranian-backed Shia militia group, Kata’ib Hezbollah, to conduct any future attacks against the U.S. troops. The storage facilities included the zones where weapons stored and used to attack U.S. and coalition forces. According to the department statement, U.S. attacks were retaliation and defensive in nature as well as an indirect reply to the threat posed by SMG Shia militia groups who continue to target camps holding OIR coalition forces. 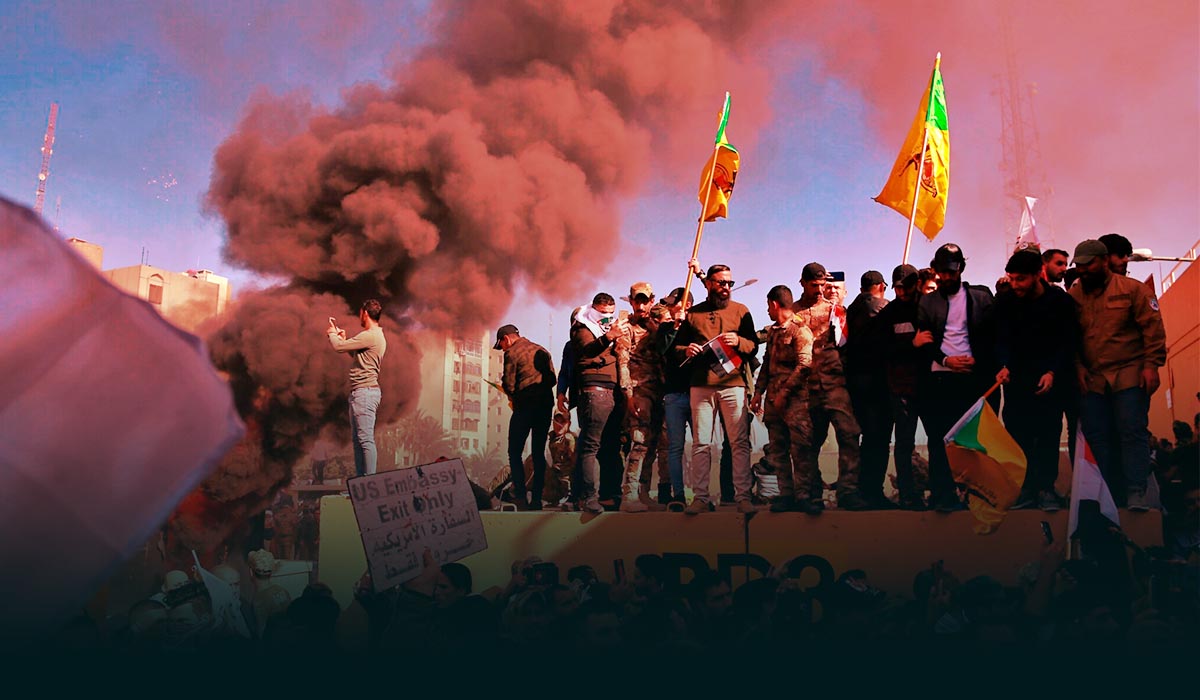 Moreover, the statement also said these militia groups must terminate their attacks on the United States and its coalition forces, otherwise face costs at a time and place of their selection. The U.S. and its allied forces remain dedicated to the permanent defeat of ISIS (the Islamic State of Iraq and Syria), and the lasting stability, security and sovereignty of Iraq. Furthermore, the commander of United States Central Command, General Kenneth McKenzie, told reporters that the airstrikes targeted weapon-storage sites holding advanced conventional weapons like the 107mm rockets that used in the fatal attack on Wednesday.

McKenzie said that they are self-assured that they professionally destroyed these weapon facilities and are also hopeful that they will not be able to house the advanced Iranian-backed weapons that used in the attacks at Iraqi Taji Camp. Central Command of the United States also released photos claiming the storage facility of weapons targets hit in the U.S. airstrikes near Baghdad. On Friday, the government of Iraq issued a statement to condemn the U.S. airstrikes and said that too many Iraqi security force personnel killed or injured in the attacks.

The tension of the U.S. with Iran

The airstrikes came a few months after the United States and Iran brought to the edge of war at the start of January this year. Whereas the situation seemed to reduce in the weeks after the retaliatory strike of Iran on a camp housing the U.S. military personnel in Iraq, tensions blow up once again between Washington and Tehran. In recent weeks, there have been several rocket attacks in Iraq, while Wednesday’s attack was the first one to cause the death of the U.S. contractor since December.

That death of U.S. contractor provoked retaliatory U.S. airstrikes against Iranian-supplied militia targets in Syria and Iraq. However, the officials of the Trump administration took the death of their contractor as their justification for airstrikes that killed General Qassem Soleimani, the second most powerful leader of Iran. The United States Defense Secretary and main U.S. general express on Thursday that the United States was going over the options to respond to the situation immediately.

Mark Esper, the U.S. Secretary of Defense, told reporters that yesterday’s airstrikes by Iranian backed groups involved several indirect fires as well as openly targeting coalition forces on Camp Taji. Esper said that one should don’t allowed to target the United States bases to kill and injure their nationals and go away easily. Trump told reporters that he was working on strategies on what to do in response to the attack on Wednesday night. The attacker was a rebel group; most probably seems like support from Iran.

As I stated earlier, the United States will not tolerate Iran-backed attacks against our people, our interests, and our Allies. All options are on the table as we work with our partners to bring the perpetrators to justice, and maintain deterrence.