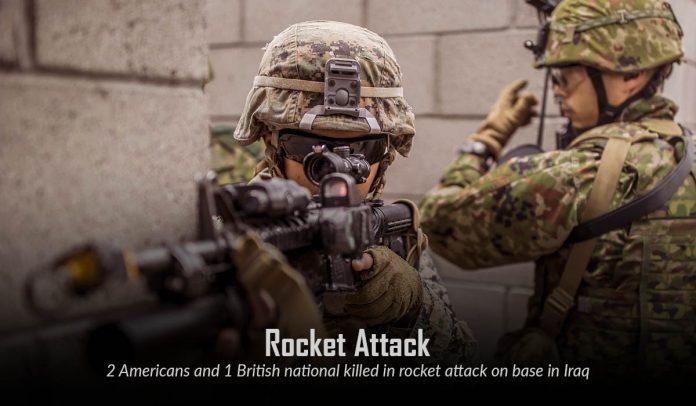 Two nationals of the United States and one British national killed in a rocket attack in Taji, Iraq, on a military base. However, a U.S. official accused Iran for the attack; he also raised the prospect that once again, the tensions might flare-up in the region. Captain William Urban, the Central Command spokesperson of the U.S., confirmed that two service members of America and one alliance U.S. service member killed in the rocket attack.

A defense official told CNN that the United States would go after the culprits inside Iraq. A solid reason to believe, based on the tactics and weapons used that Iranian-backed troops are Revolutionary Guard Corp of Iran involved in the attack. A spokesperson for the U.S.-led alliance, Col. Myles B. Caggins, confirmed the attack in a tweet and further said that the rockets attack took place at 07:35 p.m. (Iraq Time) on 11th March.

The coalition also issued an official statement about the attack later on Wednesday. According to the statement, three alliance members killed in a rocket attack on 11th March at army Camp Taji, Iraq. The names of the fatalities will be shared in the next statement in compliance with the national policies. Almost twelve other people injured during the attack. Iraqi Security and Coalition Forces are investigating the attack. It added, the targeted Iraqi camp hosts coalition personnel for advising and training missions.

A spokesperson for the U.K. Ministry of Defense

A spokesman for the United Kingdom Ministry of Defense said that they confirmed that they know the happening of the sad incident involving the death of U.K. national at Taji base, Iraq. Before finalizing the investigation, it would be unsuitable for them to comment at this stage. The three deaths first reported by Fox News.

The military of the United States stated that the military of Iraq found a pickup truck with a mounted rocket launcher in the back as well as three rockets still in the launcher chambers. Another United States defense official said that eighteen 107mm rockets fired on the camp from the launcher, capable of firing thirty, but many of them did not work. 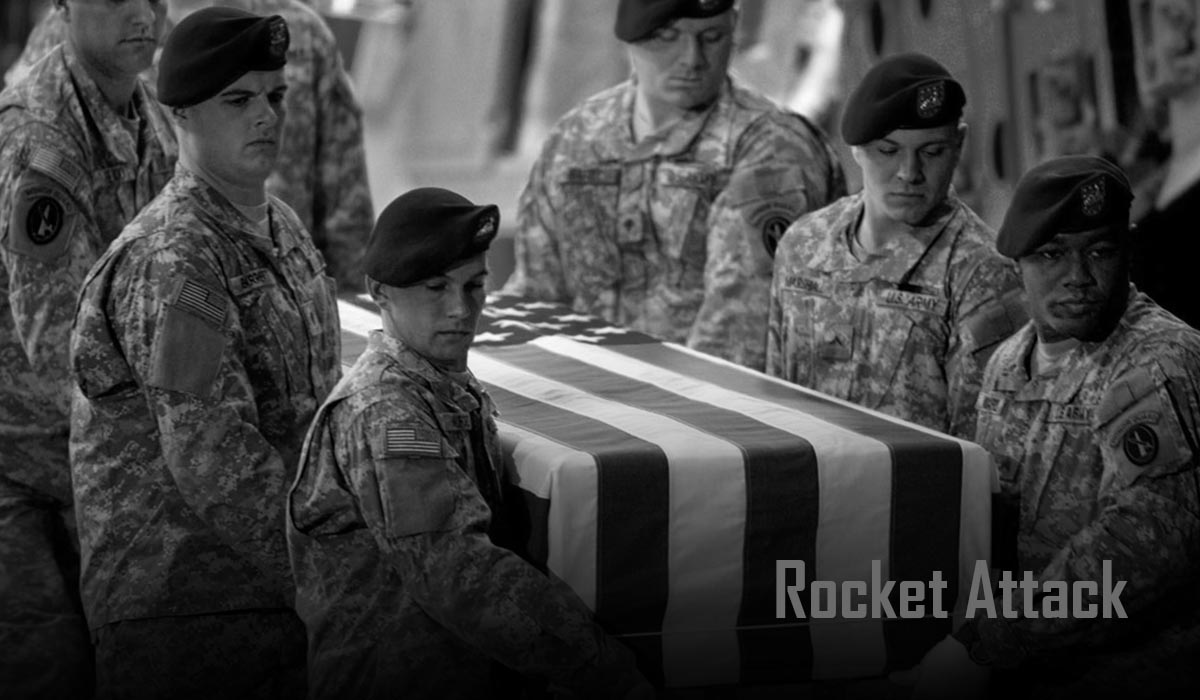 In recent weeks, several rocket attacks hit different areas in Iraq, but yesterday’s attack was the first one to cause a United States death since December when a contractor of the U.S. killed. That fatality provoked tit-for-tat U.S. airstrikes against militia targets in Syria and Iraq. The officials of Trump administration pointed to the death of the contractor as their defense for airstrikes that killed General Qassem Soleimani, the second most influential leader of Iran.

McKenzie said that while talking to the House Armed Services Committee that they faced a large number of attacks on the United States embassy – some as fresh as not more than two weeks. Rockets from attackers fall inside of the compound of the embassy, and they do a variety of things to protect themselves. And they are doing it fairly to save their people luckily in the embassy. But that luck will not always work for them.

While referring to influential Shiite militias over which Iran has a strong influence, he adds that at some stage, the degree of Iran’s command and leverage over those militia groups of Shiite. The general says that he uses to say that Iran can surely involve in the direct attacks in Iraq. Iran may not have the potential to stop attacks from taking place in Iraq. And honestly, because of the fact that after the death of Soleimani, it is more difficult for them to tie it all together to effect command and control them.

After the attack on Soleimani and his death, the parliament of Iraq passed a resolution for the removal of all military U.S. troops and its allies from Iraq. A few days later, Iran retaliated by firing a number of missiles at two bases of Iraq housing troops of the United States.

At present, the legal status of United States forces in Iraq is still unclear. While the Iraqi government has a majority mandate to request that troops leave the country. However, it is not clear if this is lawfully binding, and no particular period defines in the resolution. In January, a huge crowd of protestors marched across Baghdad, Iraq’s capital, and calling for the American troops to leave the country. Shia cleric Muqtada al-Sadr called for that Million Man March.

Read Also: Khamenei calls Trump a ‘clown’ who will betray Iranians with a dagger