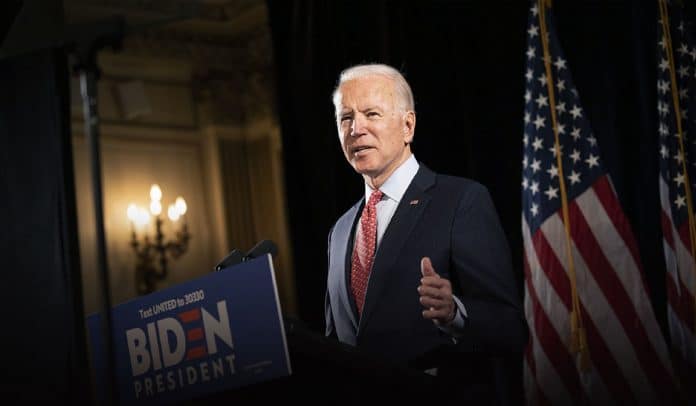 The 2020 Democratic National Convention held from 17th to 20th August 2020 at the Wisconsin Center in Milwaukee. It seems that Democrats accomplished their mission to take the lead. However, it doesn’t look that the lead of the presumptive Democratic presidential nominee broadens over Donald Trump, Biden may make his advantage stronger by raising his own popularity.

A recent CBS News/YouGov poll puts the former vice president ahead by a fifty-two percent to forty-two percent margin among likely voters. That is similar to the lead of Biden from the pollster before the start of the conventions. An average of the limited statistics out of the conventions recommends that a change of less than a point wither way in the contest.

All signs of the convention pointed to small bounces in the match-up of Biden-Trump. During recent years bounces getting shorter and the rare stability of this competition. Popular candidates and low undecides made it doubtful that the scaled-back conventions would generate a significant bounce.

Joe Biden receives the good news in the form of favorability ratings in the polls. A recent ABC News/Ipsos poll reflects that the net favorability of the former vice president (favorable – unfavorable) up compared to before the starting of the conventions. His net favorability rating mounted eight points from minus three points last to plus five points among all eligible voters.

It is up from minus two points to plus three points among all adults. That is in line with the result of the average post-convention poll showing the net favorability of Biden is up by between five and ten points. The Democratic presumptive nominee jump into positive net favorability ratings is a notable achievement – if it keeps.

Before the start of the conventions, his net favorability rating (favorable – unfavorable) averaged minus one point. That is below plus six-point net favorability rating that winning contestants averaged since 1980. Biden’s numbers against Donald Trump are not his problem yet. He has more than fifty percent support, and his lead is generous. Whereas, the biggest problem of Biden is the lack of eagerness for his own candidacy.

One can see this well in the CBS News/YouGov poll by comparing the results of the last week to the present week. The voters of Biden are now nine points more likely (twenty-nine percent to thirty-eight percent) to say they are mostly voting for him because they like him, not because he is the Democratic candidate or because they dislike Donald Trump.

Furthermore, Biden voters are now five points more likely (eighty-two percent to eighty-seven percent) to say their backing of him is intense. However, dissimilar to those bounces, Biden just to hold on to those who already in his election camp before the conventions.