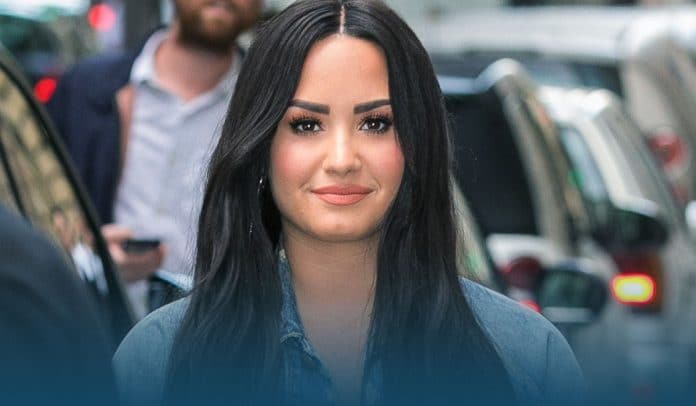 Breonna Taylor, a twenty-six-year-old EMT, killed in Louisville, Kentucky, on 13th March. Three police officers of Louisville Metro Police Department broke down the apartment’s door of Taylor in an attempted drug sting. They shot her eight times on the spot, and her family sued for wrongful death. Kentucky’s Attorney General and the Federal Bureau of Investigation are investigating the incident.

I’m so lucky to be here today and to have made it to my 28th birthday. Join me in taking a stand for Breonna Taylor. 🖤🖤 #BlackLivesMatterhttps://t.co/Qd8UpC7pRg pic.twitter.com/Hr7JGjnP0z

Lovato shared a link to a call to the action page on Propeller.la in her social media post. She wrote on the website that Taylor murdered illegally, and her killers still walk free today. She pledged to make a difference and requested her friends, family, and fans to join her.

The website contains a link to send pre-written emails to Mayor Greg Fischer and Louisville Chief of Police. Moreover, it includes a link for donation where people can send a donation to Color of Change, the largest online racial justice organization of the country. Likewise, it contains a link to a petition named “JusticeforBre: Killer police officers who murdered Breonna Taylor must be fired.”

Lovato is also offering those people who participate in the campaign a chance to win pieces of her wardrobe. The singer spoken out before in June on the killing of Taylor, she re-posted a picture of Taylor on what would the 27th birthday of Taylor. The execution becomes one of many incidents rousing calls for U.S. police accountability countrywide.

Recently, Oprah Winfrey put up twenty-six billboards around Louisville featuring a portrait of killed Taylor that will be on the September issue of O Magazine’s cover. Those posters urge people to Demand that the police officers involved in killing Taylor should arrest and charge. They also point them to the website for Until Freedom (a social justice organization that previously moved to Louisville to focus on Taylor’s case of Taylor.)

Earlier this month, over fifty radio stations countrywide paused their scheduled programming for a while and play the favorite songs of Taylor and other women who snatched from their families and loved ones far too soon.

Similarly, LeBron James, along with players from the Los Angeles Lakers, wore red, MAGA-like hats that read: “Make U.S. Great Again Arrest the Police Officers who killed Taylor.” James tells reporters that there is justice – not only for Taylor but also for her family. As a family, we want to shed light on the incident. It is just injustice.