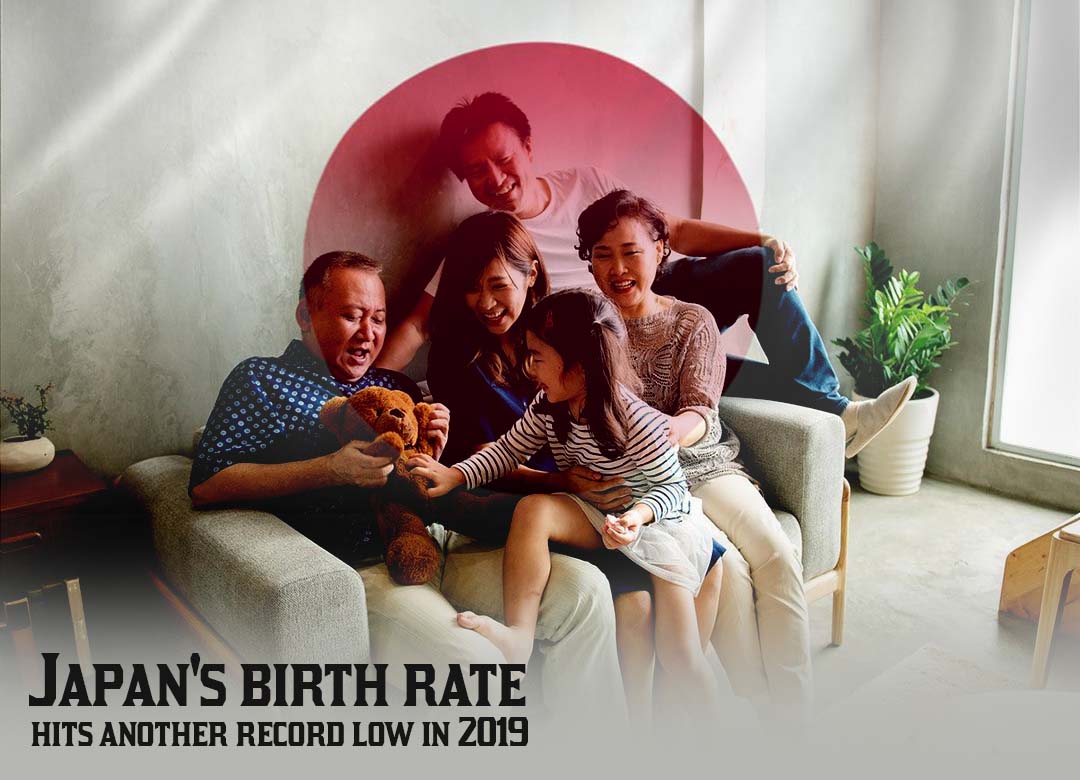 According to the statistics of government, the demographic crisis of Japan is getting worse as the fast-graying state experienced its major natural population decline and a low birth rate at a record level this year. In 2019, the assessed number of newborns born in the country fell to 864,000 – the lowest since records started in 1899, the Ministry of Health, Labor & Welfare report’s statistics. The number of born babies projected to shrink by about 54,000 from 2018, and the number remains under the one million mark for the 4th-year running. Furthermore, the deaths in 2019 hit a record high after the war as 1.376 million, with a usual decline of the population of around 512,000 – the highest ever. 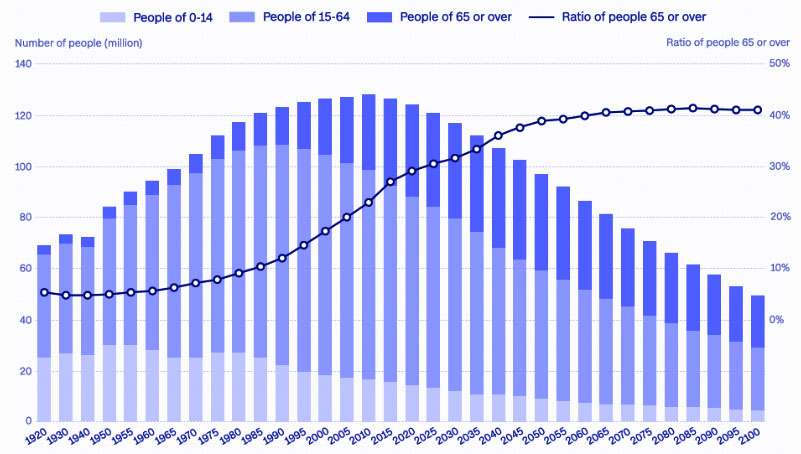 Nowadays, Japan termed as a super-aged nation, and it means over twenty per cent of its population have age more than sixty-five. In 2018, the overall population of the country stood at 124 million – but by 2065 it expected to fell to around 88 million. The demographic decline of Japan means a shrinking unit of workers left supporting a progressively old population in need of pensions and healthcare. In the list of falling fertility rates, Germany also stands with Japan. Because it is also a super-aged nation. In addition to these two countries, the United States, the United Kingdom, France and Singapore estimated to earned the status by 2030.

Likewise, neighboring South Korea also struggled for years with the problem of low birth rates, ageing population and shrinking workforce. The South Korean total fertility rate fell to its lowest level in 2018 since records began. The overall fertility rate calculates the average number of children a female will have in her lifetime. In South Korea, this number dropped to 0.98 in 2018 or other words less than one baby per woman – it was less from the rate of the previous year as 1.05. According to the figures, in 2018, 8.7% fewer children born in South Korea compared to 2017.

Shinzo Abe, the Japanese Prime Minister, wants to prevent the population rate from falling below a hundred million by 2060. The Japanese government announced an $18 billion (two trillion yen) spending package in 2017 to expand free preschool for children with ages three to five – and for children with age two and under from low-income families – and remove waiting times at daycare centers. In the same way, the government of South Korea dropped, maximum working hours from sixty-eight hours per week to fifty-two hours in 2018, with some analysts pointing to the falling fertility rate and its economic consequences as a motivator.