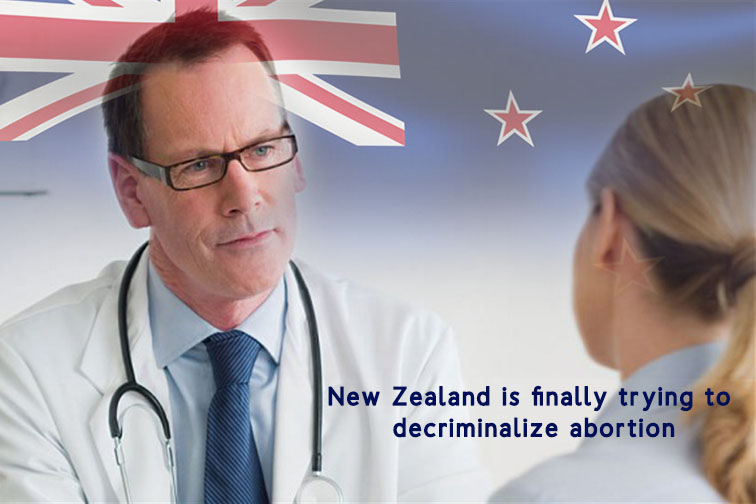 New Zealand considered a progressive country for women. It was the first-ever self-governing state when in 1893 it gives right to all adult women to cast a vote. The present Prime Minister Jacinda Ardern is the third female prime minister of the country. In the report of the World Economic Forum Global Gender Gap, it ranked seventh internationally in 2018 for gender equality.

However, in New Zealand abortion is still illegal rather than some specific conditions. Before twenty weeks, abortion can only be done for some few causes. Reasons, such as the process of pregnancy might have severe impacts on the life of women or her mental health. Extreme youth or rape is not on grounds. Also, each abortion needed to signed off by two doctors that appointed especially. Whereas, after twenty weeks, those circumstances that allowed an abortion become extreme. According to law, if a woman gets an illegal abortion might face a $200 fine. On the other hand, the providers of giving unlawful abortion might have to face over fourteen years in prison.

Thirty years old New Zealand national women, Veronica is now living overseas was frightened, whereas it just took a month to get her abortion. During her ten weeks of pregnancy, she fought heavy sickness in the morning due to which she didn’t continue her school. As a result, Veronica graduated after an extra semester due to which she faced difficulties to get a job as she completed her degree in the middle of the school year. In the long run, she left moved overseas for job opportunities. She said that short period changed her entire life.

Percentage of Abortion during the past ten years

Like Veronica, around 13,000 women get their abortions every year in the country. In addition, about thirty percent of women in New Zealand have abortions during their lifespan. In the past decade, abortion declined by over 25% in New Zealand. 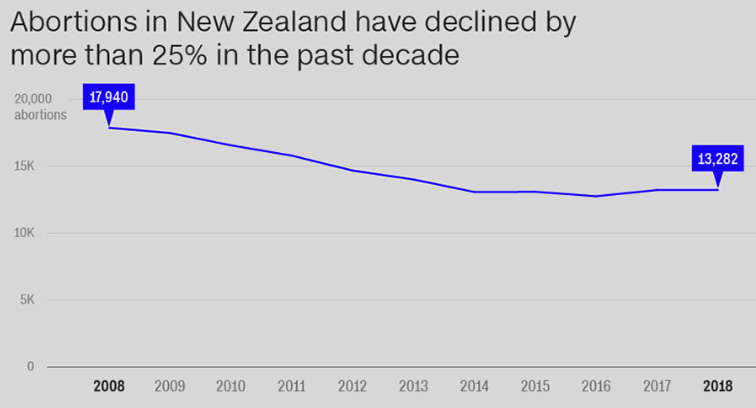 However, pro-choice groups told that the 42-year-old law of the country creates humiliation around abortion and emphasizes women to jump through needless hoops to get one, bring about financial, emotional, and physical distress. Earlier at the start of the year, the UN Human Rights Council called on the government of New Zealand to take out abortion from the list of Crimes Act. Eventually, it happened last Thursday when in parliament a bill passed its first reading to decriminalized abortion and removed the need for two specially assigned doctors’ signs.

New Zealand became a British colony in 1840 and subject to English law that made abortion criminal. However, by the 1930s, New Zealand was sovereign, and abortion could only be taken when the mental health or life of a woman was in danger.

With the passage of time, attitudes changed. In the late 1960s, attitudes changed, and the rates of abortion rose in New Zealand as women took rights of their bodies and advantage of deep access to the procedure in public hospitals. The first abortion clinic of the country opened in 1974, opposing opponents who urged for harder restrictions against those who backed more access.