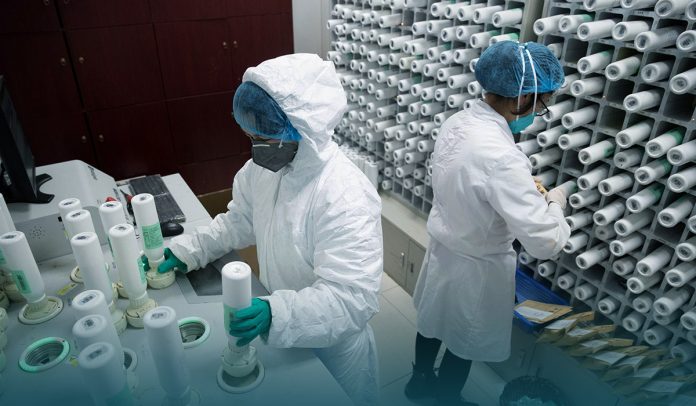 The statement said that the drug regulatory agency used a particular approval procedure to green-light the three TCM products, which provides better options for COVID-19 treatment.

According to the statement, the herbal products come in granular form and trace their origins to ‘ancient Chinese prescriptions.’ They were developed from TCM remedies used early in the epidemic and ‘screened by many researchers and experts on the front line.’

The statement said the three TCM products are as follows.

Moreover, the safety and effectiveness of TCM is still debated in China, where it has both skeptics and adherents. Although many of the remedies in TCM have been in use for centuries, critics argue that there is no certifiable scientific evidence to support their supposed and theoretical benefits.

The ancient remedies have been repeatedly hailed in recent years as a source of national pride by a well-known TCM advocate, Chinese President Xi Jinping.

Xi Jinping told a national conference on TCM in October 2019 that traditional medication is a treasure of Chinese civilization embodying the state’s wisdom and its people. Moreover, throughout the epidemic, Mr. Xi has repeatedly encouraged doctors to treat patients with a mix of Western and Chinese medicines.

Yu Yanhong, a TCM official – They are willing to share the “Chinese experience” and “Chinese solution” of treating coronavirus

Yu Yanhong, the deputy head of China’s National Administration of Traditional Chinese Medicine, said in March 2020 that by regulating the whole body health and improving immunity, TCM could help stimulate the patients’ abilities to fight against and recover from the disease, which is an effective way of therapy.

In a clinical trial of almost 102 patients with mild symptoms in Wuhan, Yu said that patients with combined treatments analyzed with the control group of patients receiving only Western medicine. She added that their recovery rate was 33% higher.

China had gotten its outbreak mainly under control by late March 2020. And although it has endured occasional flare-ups in various locations and regions, numbers have stayed low, and everyday life has resumed. The COVID -19 restrictions have been lifted, allowing people to travel around the state and gather without face-masks.

The authorities have praised TCM as helping contain coronavirus symptoms and limit the outbreak. According to the TCM administration, up to 60000 doses of TCM delivered to front-line police officers in January 2021 to protect them from COVID. Many provinces, including Hebei and Jilin, implemented ‘TCM Prevention Plans’ early this year to prescribe TCM to coronavirus patients.

Authorities looking to expand the Industry and promote TCM

Moreover, officials are now looking to expand the industry, which was estimated to exceed 3T yuan (almost $430 billion) by 2020.

The State Council’s General Office of the People’s Republic of China announced this February that China intends to cultivate 100000 TCM professionals within the next ten years and implement TCM curricula in schools. Also, more TCM rehabilitation centers will be built, and some with clinical research centers.

Chinese state media has also advanced TCM in its coverage; government-run news agency Xinhua reported that TCM offered a source of HOPE for Chinese Americans in New York when the city’s public health system was close to collapse and that Kuwait has adopted remedies for coronavirus treatment.

The World Health Organization (WHO) gave its first-ever recommendation of TCM in 2018 and advised initially against using traditional herbal remedies for coronavirus on its website; however, that line was later removed due to it being too broad.

Some in the biomedical community say WHO overlooked some herbal medicine’s toxicity and the lack of evidence that it works. In contrast, animal rights advocates say it will further endanger animals such as the tiger, bear, pangolin, and rhino, whose organs are used in some TCM cures.