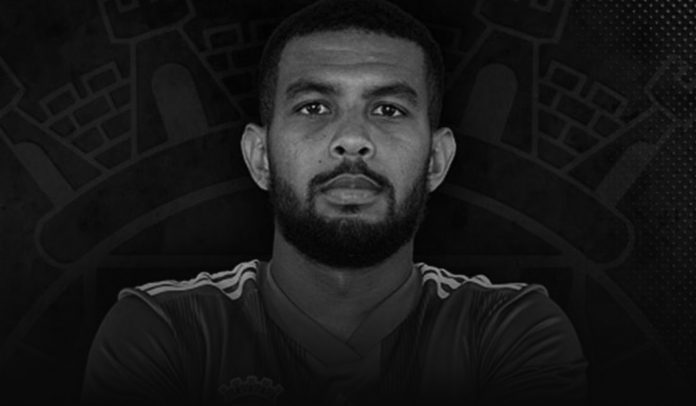 Alex Apolinario, a Brazilian football player, has died at 24 after suffering a cardiorespiratory arrest that caused him to collapse during a match on Sunday, a statement released by his club F.C Alverca on Thursday. He was 24 years old.

The sad incident happened on Sunday while playing for Portuguese third division side F.C Alverca against Uniao de Almeirim. The player lost consciousness and fell to the ground in the 27th minute of the match. The club’s medical experts were able to get his heart-beat again on the pitch with a defibrillator. However, he was then taken to a Hospital de Vila Franca de Xira and put into a medically-induced coma.

On January 7, 2021, F.C Alverca communicated on the social network that Apolinario had passed away.

Apolinario started his career at Botafogo-SP in his native city before signing with Cruzeiro in 2015. He was elevated to their senior team in 2016. On March 9, he made his professional debut in the Primeira Liga with a 2–1 home win over Athletico as a 64th-minute substitute for the Argentine footballer Matias Pisano. Moreover, Apolinario shifted to Paranaense on a year loan deal in January 2018.

Moreover, in January 2019, Alex Apolinario moved abroad and joined F.C. Alverca of the Campeonato de Portugal. He unlocked the scoring as the club eliminated “Sporting Lisbon” from the 3rd round of the Taca de Portugal with a 2–0 home win on October 17, 2019. It was only the 2nd time a third-tier club eliminated that team. He played his last game for Portuguese club F.C Alverca as an attacking midfielder.

Pentagon includes Xiaomi, CNOOC, COMAC and other Companies under US Restrictions