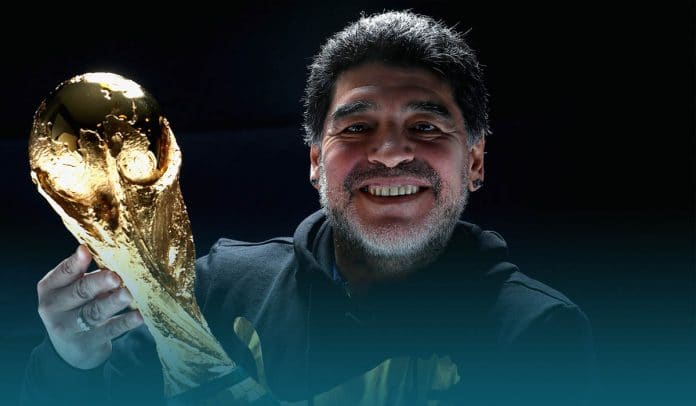 Diego Maradona, a soccer legend of Argentina died at sixty after suffering a cardiac arrest, his lawyer Matias Morla told CNN. The Argentine Football Association (AFA) confirmed the sad news on Wednesday and shared a short message on its social media platforms. A cardiac arrest comes in the result of electrical disturbances due to which the heart suddenly stops beating.

AFA, through its President Claudio Tapia, expresses its cordial grief for the death of a legend, Diego Armando. It tweets, Diego will always be in their hearts.

Diego regarded as one of the greatest players in the history of soccer; he became a household name after giving victory to his country in the 1986 World Cup. So, he took the central stage at the memorable tournament with his unforgettable performance against England where he scored a victorious goal. The minuscule forward out-jumped keeper Peter Shilton and punched the football into the net. In spite of the clear handball, the goal allowed to stand because the referee didn’t see the foul.

Later in the match, the legend scored one of the best goals in the history after making his way past seven English defenders. His impressive career also marked by several controversies and his disreputable lifestyle led to drunkenness and addiction. Alberto Fernandez, the President of Argentina, announced three days of national mourning for the death of the legendary player and also posted a tribute to Maradona on Twitter. It read; Diego took the country to the top of the world. He made the nation feel incredibly happy.

Regarded as one of the greatest players in the game’s history, he became a household name after inspiring his country to World Cup glory in 1986. https://t.co/wKhQpbj5PW

Maradona fans took the streets to honor him

According to the statement published by the official news agency of Argentina, Telam, Maradona will lie in honor for public viewing at the presidential palace of Argentina, Casa Rosada. Furthermore, on Wednesday, his fans took the streets all over Argentina and in Naples to pay tribute to their star. Meanwhile, Aleksander Čeferin, the Union of European Football Associations (UEFA) president announced one-minute silence to observed ahead of all European matches this week to honor the Argentina hero.

He also says that he will go down in history as somebody who set football ablaze and thrilled fans young & old with his skill and wisdom. According to an authentic source close to the soccer player, the family of Maradona authorized an analysis to find out the official cause and manner of death. Earlier this month, the legendary star underwent successful surgery for a subdural hematoma – commonly called as a blood clot on the brain.