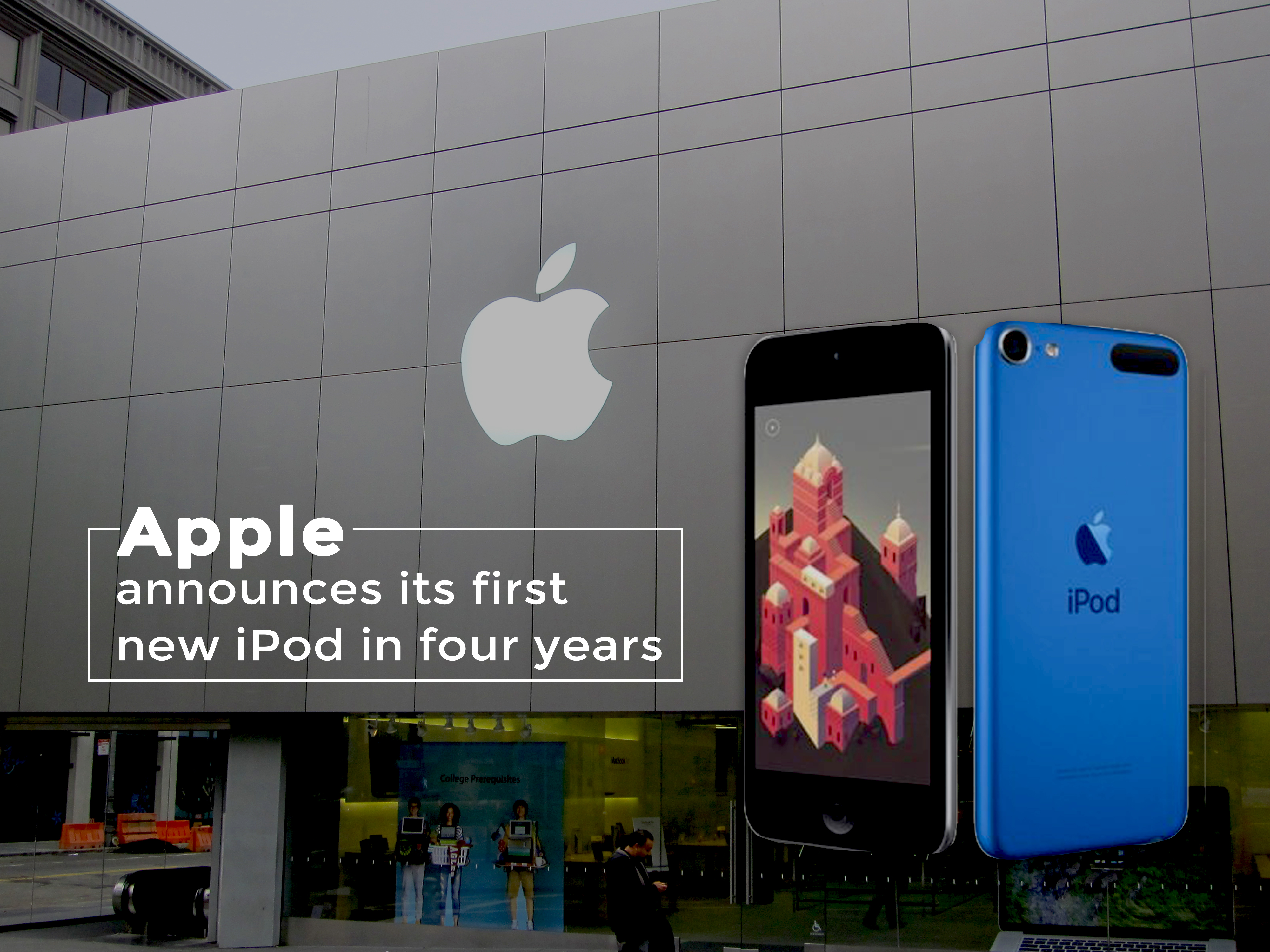 On Tuesday, Apple launched the first new iPod after 2015. Even though the iPod may look old-fashioned to some people, but it’s cheaper price and smaller size help Apple to attract different segments of the market that customers who loved to have its premium iPhones. IPhones held up in a sales slump, and Tim Cook, the CEO of Apple, said that increases in prices played a role to slow the growth.

In 2008, during the peak of iPods, Apple sold over 55 million of iPod’s units. In 2013, Apple stopped sharing its sales figures of iPods after it sold less than twenty million of the music players. There is no more prominent list on Apple’s official website or showcased in the Apple Stores. Along with all the flaws, they even attract a niche audience.

The new version of iPod touch has a minor hardware upgrade. The iPod will run on the A10 Fusion chip that is slightly older than the chips used in the latest iPhones. A10 also used in the iPhone 7, and it reveals that this chip is about three years old. However, the A10 chip is faster than the A8 chip used in the 2015 version.

Product marketing vice president of Apple, Greg Joswiak said that the meaning of the upgraded chip is that the touch of iPod is twice faster than before. Moreover, it means that the latest iPod touch will feasible for FaceTime Group calls and augmented reality apps. On the other side, Apple is going to release to launch the product to sponsor its future gaming subscription named Apple Arcade. Apple announced the Apple Arcade late in March.

Apple is also giving the 256 GB storage option in the new iPod touch to address those customers who need extra storage to save large media files. So far, it is the biggest storage capacity offered by Apple in the iPod. The previous discontinued iPod classic with the click wheel has the maximum storage capacity of 160GB.

The latest iPod touch has the same look as the older ones with a physical home button at center bottom, a display of small four-inch and a lesser price that many of the modern iPhones. The iPod touch starts with the price at $199 for the 32GB storage and ranges to $399 for a unit with 256GB storage option. Apple introduced iPod touch in colors red, blue, pink, space grey, gold, and white and is available for online order in 27 different countries starting on Tuesday.