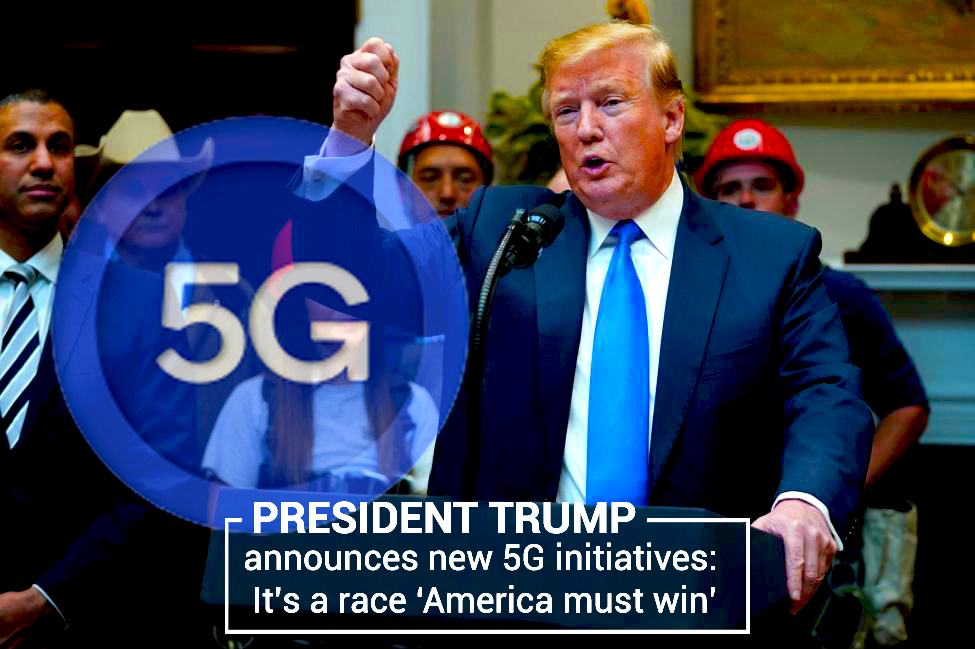 On last Friday, the American President Trump along with the FCC announced many initiatives to boost the network growth of 5G in the United States. He said that the 5G race starts and the U.S. must to win it. Furthermore, he stated that by the end of the year about ninety-two markets of 5G would be ready overtaking South Korea as it is expecting to have forty-eight markets live at the end of 2019. Trump praises American company by saying that their best companies now involved in this race to compete. After a few evaluations, it reveals that the wireless industry is planning to invest about 275 billion dollars in 5G networks. This massive investment will create three million instant American jobs, and it will add 500 billion dollars to the United States’ economy.

Impact of 5G on Technology Future

The future of technology will boost with the evolution of 5G as it is the next generation of wireless network and it will enhance the data speed more efficiently. On the other side, 4G LTE mostly targets tablets, smartphones, and computers. However, along with these devices 5G also expecting to assist more consistent connections to self-driving vehicles that required continuous data connections. Moreover, the smart cities also need internet of things devices like connected traffic lights, street lamps, and many others.

Verizon and AT&T already have pleasant 5G networks in the U.S. while Sprint and T-Mobile decided to activate their network at the end of the year. At present, in the United States, only one Motorola phone offered on Verizon supports 5G. President of U.S, Trump expressed that to incentivize and accelerates these investments his management is freeing up as the more wireless spectrum as required. Also, he told that they are removing regularity barriers to develop the networks. The FCC is putting extraordinary action for the first time in their history to make the availability of wireless spectrum. Spectrum is the airwaves networks use to deliver internet to the devices. The FCC regulates the spectrum space.

FCC stated that starting on 10th December, they are going to offer the most significant spectrum auction in the history of their nation that allows carriers bid of a new spectrum on 3,400 MHz in the Upper 37 GHz, 39 GHz & 47 GHz bands of spectrum. FCC said that the other spectrum would motivate the 5G development, other advanced services regarding spectrum and the Internet of Things. In addition, the FCC planned new rules that allow Fixed-Satellite Service operators to provide more advanced and faster services to their customers via 50 GHz spectrum.

The Chairman of FCC, Ajit Pai said that the future plan of the FCC is to create 20.4 billion dollars Rural Digital Opportunity fund to enhance high-speed broadband to more than four million homes together businesses with high-speed in rural America. Additionally, Pai expressed about the Huawei’s equipment crackdown for 5G network use across Europe and the United States. He added they believed that the reliability and security of 5G are categorically essential not because of state competitiveness, but also it’s a substance of national security.