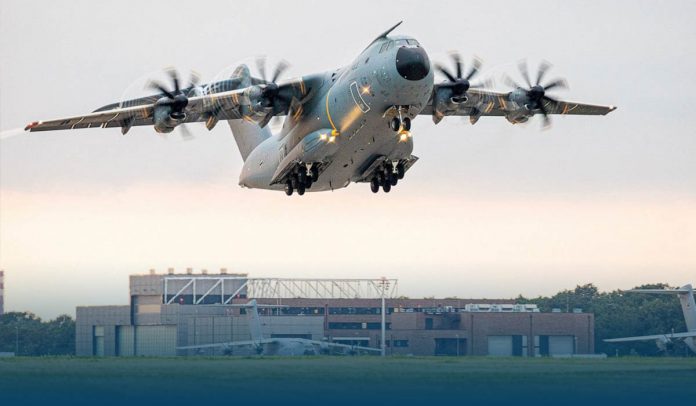 Just seven days after the Afghan Taliban gaining of control of the Afghan capital Kabul, the condition at Kabul’s airport has become more and more distressed, with over twenty-thousand people in and around the airport trying to board flights and another seven Afghans murdered in crushes due to one historic largest airlift.

The U.K. Defense Ministry has confirmed the deaths of 7 Afghan civilians near the facility on Saturday. Moreover, the United Kingdom promised its full support to America if Biden chose to extend the 31st August deadline for pulling out forces from Afghanistan, as the evacuation condition in the capital deteriorated.

A spokesperson said that their intense feelings are with the families of those seven Afghans who sadly died in crowds. The relations between the U.S. and the U.K. are stressed, with the ex-PM Tony Blair, who was in 10th Downing Street when the U.K sent forces into Afghanistan two decades ago in the wake of the 9/11 attacks, accusing Joe Biden of deciding to withdraw from the country with no or little consultation, branding the action imbecilic.

Earlier today, I spoke with @BWallaceMP about the situation in Afghanistan to coordinate U.S. and U.K. evacuation efforts. Thanks to @DefenceHQ for excellent cooperation and support. pic.twitter.com/iHjGVI0I05

The airport is the nub of the confused scramble to flee the country for thousands of people, including Afghan interpreters, international employees, and women now at-risk in Taliban-controlled state.

On Sunday, the Afghan Taliban blamed America for the uncertainty around the capital’s airport. Hundreds of people have been attempting to depart following the armed fighter’s capture of the country. A source familiar with the matter told CNN that by early Sunday, around 18500, people were awaiting flights at the airport, with nearly two thousand at the gates struggling to get in.

Joe Biden, the US President, said Sunday that the American military had lifted about 28000 people from Afghanistan since 14th August, but several thousands of U.S. citizens still remain there. Moreover, last week, the Defense Department said the American military couldn’t make sure secure way for U.S. citizens to Kabul’s airport, in spite of many thousand troops now being on the ground.

Mr. Biden added the government is considering extending the deadline for the complete forces’ pullout beyond its original date of 31st August. He said that their hope is they’ll not have extended, but there’re going to be discussions, he suspects, on how far along they’re in the process.

Furthermore, the British Ministry of Defense confirmed that the British military operation “Operation Pitting” to evacuate British nationals and eligible Afghans were being supported by thousand British forces, including paras from “16 Air Assault Brigade”, with about four thousand people ousted from the central Asian country since August 13.

Our Mission is to Get U.S. Citizens Out of Afghanistan – President Joe Biden

The Afghan Taliban have vowed amnesty to those who worked with the United States, North Atlantic Treaty Organization (NATO), and the toppled Afghan administration, but several Afghans still fear vengeance attacks. In addition, there have been reports in past days of the Afghan Taliban finding their earlier enemies.

A NATO official said the condition at Hamid Karzai international airport remains highly unpredictable and challenging. Moreover, the official was unable to confirm an exact number of causalities.

Earlier, Jake Sullivan, the U.S. National Security adviser, told CNN that 3900 people had been flown from Hamid Karzai Airport on American military planes in the past twenty-four hours, increased from sixteen hundred the previous day.

Biden says US is extending perimeter around Kabul airport to improve access to Americans and Afghans scrambling to evacuate.

The United States Embassy has told the U.S. citizens and others not to reach the airport until they get exact instructions. Joe Biden said at the White House that eleven thousand people had been evacuated from Kabul in the past thirty-six hours this weekend. He added his top precedence is getting U.S. citizens out of Afghanistan early and safely. So, they’re working hard and as quickly as they could to get Americans out. That is their mission and goal.