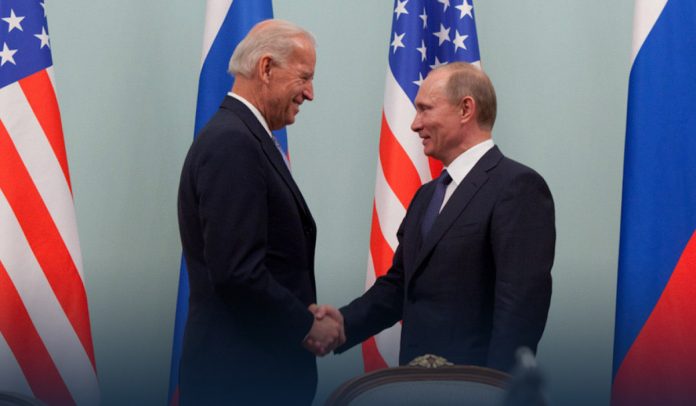 A senior Biden government official said Friday that the United States sanctions imposed in the last week on Russia generated results that were notably close to Washington DC’s hopes, as tensions seemed to ease between the nations over Ukraine.

A top White House international economic aide, Daleep Singh, said in an interview that they intended to act proportionately, be targeted in their approach, and signal that they had the capacity to impose far greater costs if Russian Federation continued or escalated its conduct. Moreover, the results so far have been pretty close to what they had hoped for.

On Friday, the Minister of Defense of the Russian Federation said it had begun returning military units from annexed Crimea to their permanent bases following a build-up of thousands of forces near Ukraine’s border that had elevated concerns about the war risk.

Last week, American President Biden’s team imposed broad sanctions on Russia to punish Moscow for bullying Ukraine and interfering in the 2020 US Presidential election, cyber hacking, and other alleged activities.

Joe Biden approved provisions that would let authorities easily expand the sanctions on any area of the Russian economy in response to future incitements.

But the U.S. President stressed at the time that he had no wish to escalate tensions. Moreover, he signaled retaliation was forthcoming in a call with Vladimir Putin two days ahead of imposing the sanctions. The measures were one part of a broader strategy by the American government to thaw relations with Moscow, which had worsened since Joe Biden took office on January 20.

Daleep Singh said that they’re just a tool that could advance a strategy by, in this case, creating leverage for a diplomatic process. The goal of that process is for a more predictable and stable relationship, in the case of Russia.

The White House has closely been watching the treatment of Alexei Navalny, a Russian opposition leader who was imprisoned for two and a half years in February for parole violations that he and his followers stated were fabricated.

Kremlin critic Navalny said Friday he would start ending a hunger strike after getting medical treatment, and his worsening well-being in Russian custody had raised the alarm in the West.