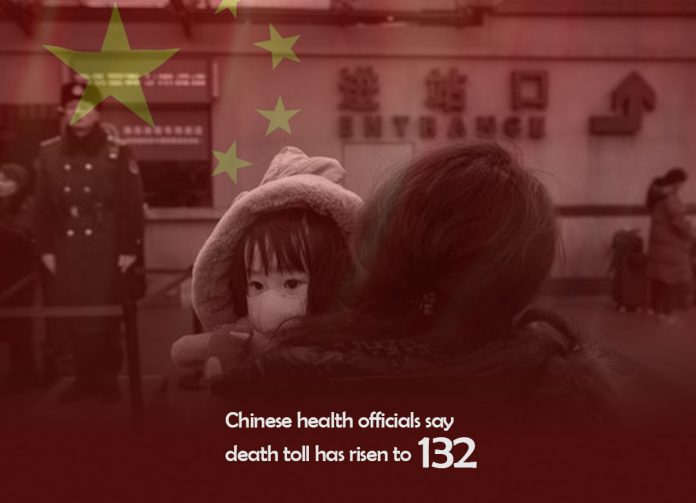 The Wuhan coronavirus outbreak started in December, and at present, it spread across the globe. On Wednesday, the Chinese authorities announced 132 deaths and confirmed 6,061 total cases of coronavirus in the country. The point to concern is that it beats the number of SARS cases in China during the deadly 2003 outbreak.

Reuters reported that an Australian team of scientists successfully grownup a version of coronavirus in the lab. Also, this breakthrough would help the scientists and researchers across the world to develop a vaccine for the disease and in the detection tests.

The Hong Kong’s Hang Seng index declined around 3% as Hong Kong-listed shares of travel-related firms plunged. Also, China mainland markets closed after the announcement of Beijing to extend the Lunar Year holidays. The Shenzhen and Shanghai exchanges both said that they would start again on Monday. Moreover, CCTV, the Chinese state-run television network says on Weibo, the social media platform that the number of confirmed cases in China raised to around 6,078 as of 06:00 p.m. Beijing time.

According to the Japan Times, a charter airplane transporting around two-hundred Japanese nationals from the infected city Wuhan, China to Tokyo, Japan on Wednesday. Whereas, the Foreign Ministry of Japan reported that none of the transported passengers infected with the coronavirus.

Times reported, citing the Tokyo Metropolitan Government, that four Japanese people evacuated from Chinese city Wuhan, either a cough or fever. The conditions discovered by the medical team and the rest of passengers also tested for coronavirus. Earlier, the foreign ministry of Japan said no one of the evacuated passengers infected with the fatal virus.

Hubei, the Chinese province at the epicentre of the coronavirus outbreak reported that additional medical staff of around 2,287 from around China reached to help the region handle coronavirus cases.

A total of 21 medical teams comprised of 2,287 medical workers from across the Chinese mainland arrived in C China’s Hubei on Tuesday to aid in the diagnosis and treatment of the pneumonia disease caused by a novel #coronavirus, local authorities said on Wednesday. pic.twitter.com/OOAN0QjOmb

Emirates News Agency reported that the UAE confirmed the first case of Wuhan coronavirus in the state, family members arriving from Wuhan, the Chinese outbreak city. Furthermore, according to the report, the United Arab Emirates Ministry of Health and Prevention stated that the health condition of those infected is stable and under proper medical observation. It didn’t make instantly clear how many people diagnosed with the new coronavirus.

Panjiva Research said in a recent report that Beijing may face difficulties in meetings its purchases of the United States targets outlined in the Phase 1 trade deal if the outbreak causes a continued demand disruption.

According to Gian Franco Kasper, the FIS President, it might be the first Alpine Ski World Cup of the federation in China and the first official event for the upcoming 2022 Winter Olympics in Beijing. However, Kasper said in an online statement, the risk factor in Yanqing is low, the welfare and health of the athletes and all members must take priority.