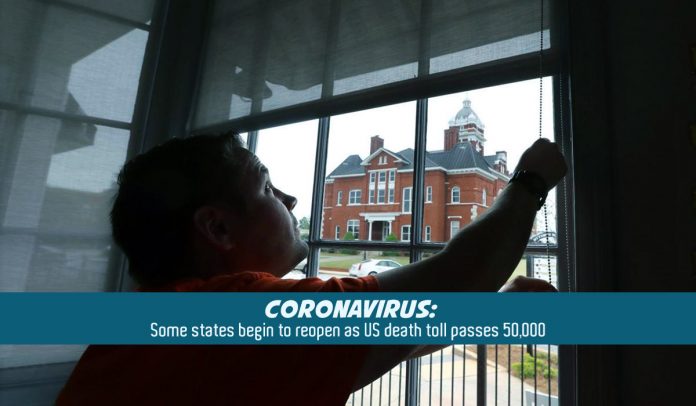 Three states of the United States allowed some particular businesses to re-open after some safety measures to control the spread of the COVID-19, as the death toll of the nation passed 52,000. Spas and hair saloons allowed to open in Oklahoma and Georgia, while Alaska permitted the restaurants to open. Yesterday, the President of the U.S. Donald Trump ended the daily coronavirus briefing shortly and refused to take questions.

Trump faced criticism when he suggested that injecting domestic disinfectant into coronavirus patients may be beneficial. Manufacturers and doctors condemned the comments of the president as hazardous. Disinfectants are dangerous substances and may be fatal if swallowed, as well as external exposure may be hazardous to the eyes, skin, and respiratory system. On Friday, Trump said that the remarks, made at a press conference on the day before were mocking and took out of context.

What’s happening in the states after the re-opening of businesses?

Customers in Alaska, Georgia, and Oklahoma are visiting the recently re-open businesses and have an expectation of continuing observing social distancing guidelines. However, some areas and cities decided to keep their lockdowns instead of re-opening any selective businesses. The government of Georgia allowed hair & nail salons, tattoo parlors, spas, bowling alleys, and other health care businesses to resume operations. Whereas on Monday, theaters and dine-in restaurants will also allow them to re-open their businesses.

Since mid-March, unemployment claims reaching twenty-six million individuals or about fifteen percent of the overall population, several U.S. states are experiencing the pressure to resume trading. However, health officials warned that these states took steps to re-open trade very soon, amid fears they may spark the second wave of infections. After the criticism from Trump, Brian Kemp, the Governor of Georgia, tightened some of the social distancing and sanitation requirements for restaurants.

Coronavirus numbers in the United States

Still, the United States has the highest coronavirus death toll and case total in the world. However, in spite of recording over 927,000 cases, the U.S. population of 330 million is much greater than other nations badly by the coronavirus, such as Italy and Spain. Recent sharp rises in the daily American death toll are also partially because of the inclusion of possible virus deaths on 14th April, according to the United States Centers for Disease Control (CDC).

A likely coronavirus death is one that meets epidemiological and clinical criteria but not confirmed by testing. Also, it is necessary to note that several people having mild symptoms don’t report to hospitals. Therefore, the death rate from confirmed coronavirus cases is not the same as the epidemic’s overall death rate. Testing efforts are most important to track the actual spread and mortality of the disease. Mike Pence, the Vice-President, the leader of the coronavirus task force, said that the United States conducted over 4.9 million tests so far and that the federal government is assisting the governors of states in expanding testing.

Per capita figures reveal big differences in scale of the pandemic 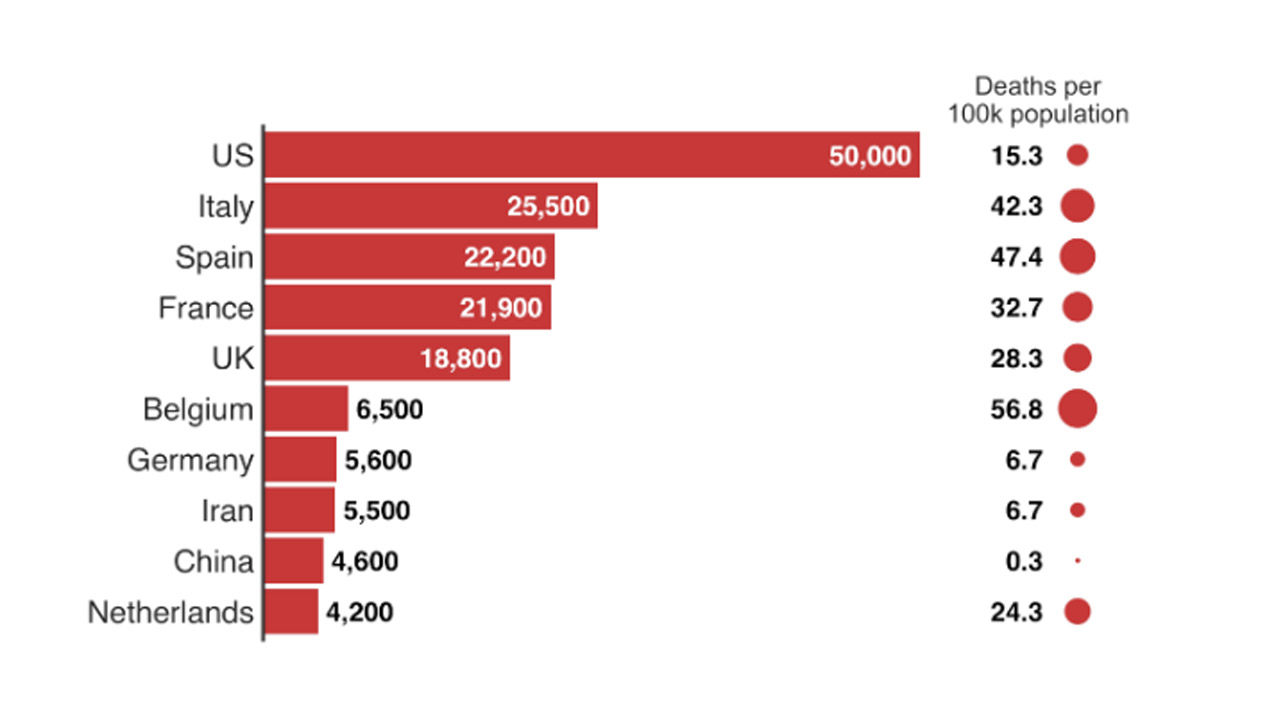