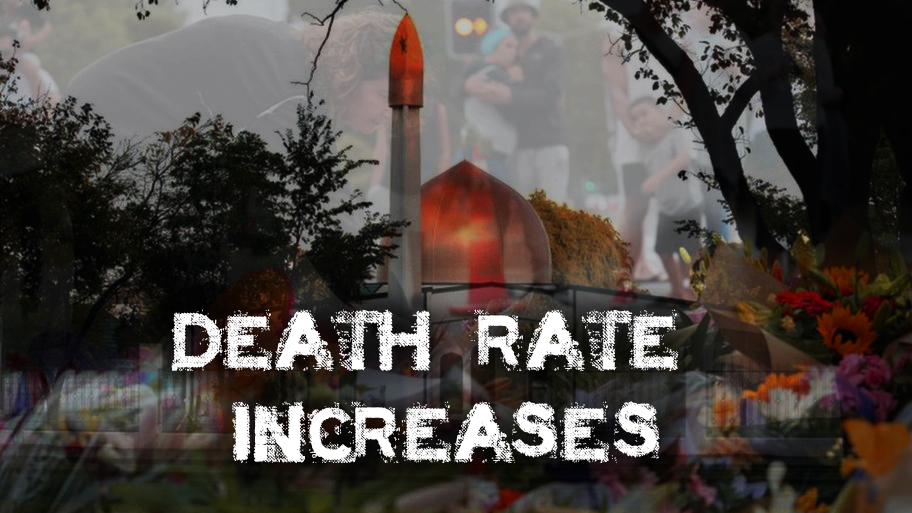 The police of New Zealand confirmed the death figures in the Mosque’s shooting attack to fifty after one more death. The dead body of the 50th dead victim found from the Al Noor Mosque, and it is the place where most of the innocent Muslims murdered. Police Commissioner of New Zealand Mike Bush stated to reporters that they discovered the 50th dead victim when they are removing the dead bodies from the Mosque. The names of the victims not shared publicly. However, the victim’s preliminary list shared with the casualty’s families. Bush stated that the bodies of the departed persons had not been hand over to their families.

Furthermore, the Commissioner expressed that the figure of wounded persons also increased to fifty. Among these fifty, thirty-four are still in the Christchurch Hospital for medical treatment, whereas, twelve are in serious condition. Twenty-eight years old Brenton Tarrant, the only accused person in the custody of police in the current terrorist attack. Bush said that three other persons who initially arrested were not part of the whole deadly shooting, but the officials are not ruling out of the risk of other suspects. The police commissioner told that he is not saying anything definite until they categorically convinced as to exactly how many persons or group involved in the whole scenario. But they are hopeful that in the coming few days they will able to give the exact facts. 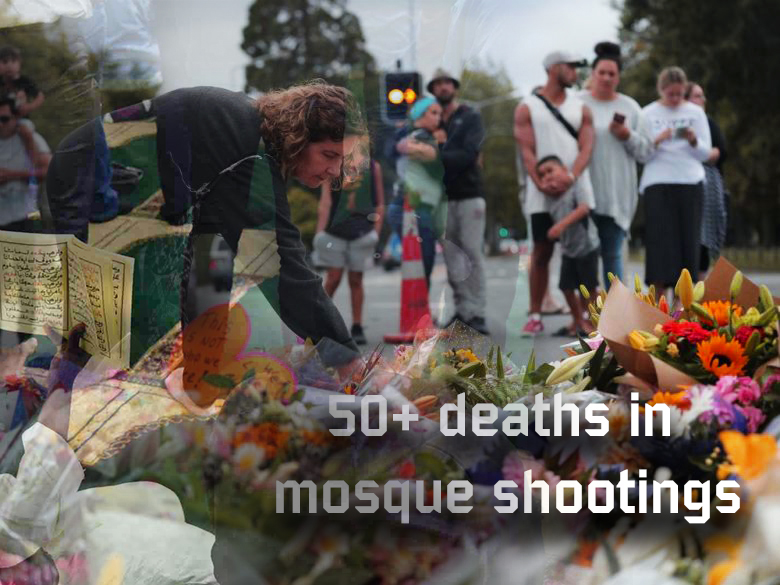 Before the Attack, Manifesto of the Suspect emailed

The shooter sent the manifesto consists of 87 pages to the Prime Minister of the New Zealand Ardern through email before few minutes of the attack. Chief press secretary of Prime Minister, Andrew Campbell stated to the international media that the email received on the generic email account. Staff are responsible for maintaining that email account that’s why that specific email was not in the knowledge of the Prime Minister.

Moreover, the terrorist posted that particular document on his social media account before he starts his terrorist activity. The paper was full of anti-Muslim and anti-immigrant screeds, whereas, the officials refused to talk over the potential objectives of the shooter attack. Brenton Tarrant who have only one murder charge showed a hand gesture during his hearing before the court that associated with white supremacists. He will reappear before the court on 5th April and should remain in the custody of police.

The PM of New Zealand accepted that her Prime Minister Office received Tarrant’s hateful email just nine minutes before the shooting activity in Al Noor Mosque. Though, time, location or any other specific details not mentioned in the concerned email from the killer. Furthermore, within two minutes after reading the email, the information was handover to the security department.

Some Refuges are Also among the Victims in New Zealand

Among people innocent people killed during the Mosque attack, a Pakistani academic, Syrian refugee was also among them, his family and non-profit organizations confirmed his death. In 2018, Khaled Mustafa, Syrian refugee along with his family migrated to New Zealand for the reason they believe that it is a safe place to live. Along with his two sons, he was in the mosque for offering the Friday prayer when the shooter approaches the mosque to shoot the bare people. His elder son Hamza Mustafa murdered, and he was just 14, whereas, the life of his younger son remained to save and he got wounds in the result of the shooting. 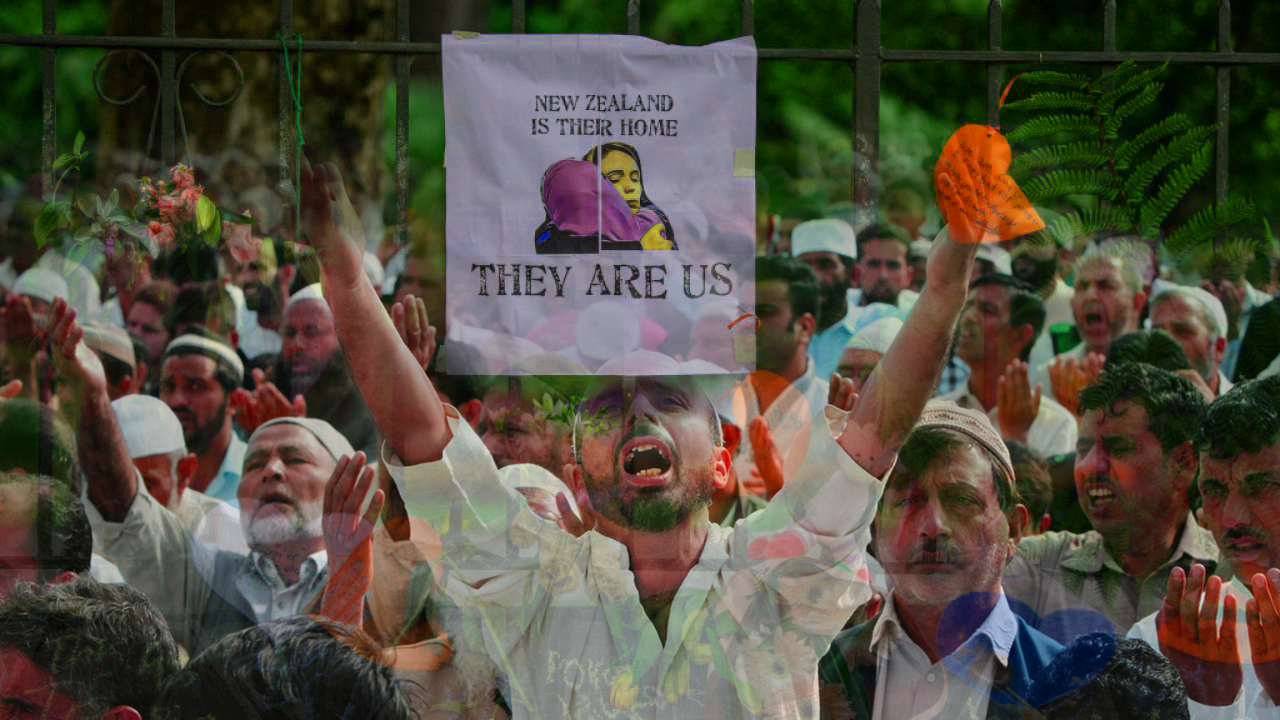 The people killed and wounded had different nationalities from all around the world. The spokesman for Pakistani Ministry of Foreign Affairs, Mohammad Faisal said that there are about six Pakistanis who lost their lives in the bloody incident. Naeem Rashid and his son Talha Rashid are also among those six dead Pakistanis; he was fifty years old, and his son was just 21 years old. Naeem’s elder brother Dr. Khurshid Alam said that his brother used to teach at a University and his nephew was studying.

The Pakistani foreign minister, Shah Mehmood Qureshi confirmed the death figures of Pakistani nationals. Besides, he assured sympathies and any support to the families of the victims from the Government of Pakistan. Also, he tweeted with the promise to give excellent facilities to the best of their abilities.

According to the survivors, they tried to dodge the suspect and afterward two community police officers who equipped with arms, end the violence by forcing the shooter to stop his vehicle beside the road. A survivor, named Ahmed Khan after escaping from the gunman rushed to the mosque to inform others to save their lives. He further explained that he found his friend inside the friend; he was bleeding because he shot in the arm. Survivor advised him to stay calm and relaxed because the police reached there. But unfortunately, at that moment, shooter again come from the window and shot his friend back in the head. After that bullet, his friend died at the spot in his lap while he was holding him.

The horror part of the whole incident was the online stream of the shooter during the happening. He reached Al Noor Mosque which was his first shooting location where he shot his first hunt with a semi-auto gun.

The Accused Traveled in Several Countries including Pakistan and Turkey

New Zealand Prime Minister Ardern said that the killer Tarrant is an Australian national who was living in Dunedin which was about 225 miles from Christchurch. He visited many countries around the world, and he was in New Zealand occasionally. The authorities said that there is no criminal history of the suspect in Australia or New Zealand. That why the intelligence community didn’t notice anything negative about his extremist views. 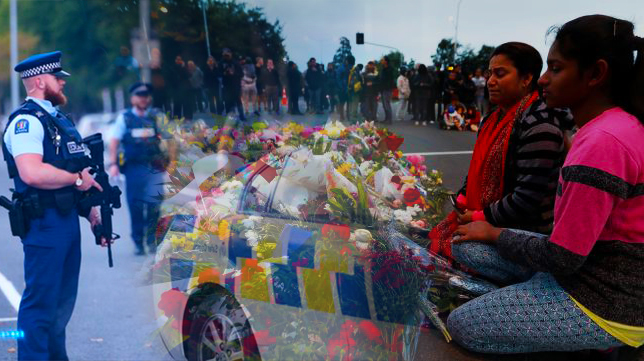 The owner of the Pakistani hotel in Nagar said that the shooter visited Pakistan in October 2018. He told that Tarrant was his regular customer and visited his hotel frequently. According to his memories, the killer was a fan of local Pakistani food. During his stay in his hotel, he left in the morning and came back in the evening.

On the other side, a senior Turkish official stated that the shooter visited Turkey several times and spend a prolonged period there. The Turkish officials said that they are investigating the moments and contacts of the suspect during his stay in the country. Officials also stated that the accused might also visit other countries in Asia, Africa, and Europe.

In the documentary shared file of the suspect, he shows his extremist intentions to assassinate Turkish President Tayyab Erdogan by saying that he must be bleed his last. Officials were investigating either Tarrant in Turkey to do a terror attack or/and for the murder of the Turkish President, the Turkish state broadcaster, citing Turkish authorities stated. The President of Turkey tweeted on his official account and condemned New Zealand’s attack. He further expressed that the recent activity is the latest example of rising Islamophobia and racism.

The Prime Minister of New Zealand Ardern communicated with the reporters and ensured them that the gun laws in his country would change. She made a promise and reaffirmed on this particular issue. She said that their cabinet would meet on Monday which will discuss the preliminary policy regarding the gun and weapons. Moreover, Ardern conveyed that their future actions will reflect the difference in the case to make their country racism-free state.