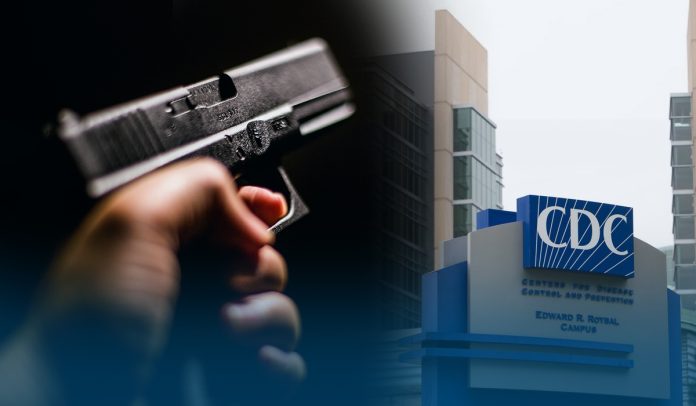 On Tuesday, the United States Centers for Disease Control and Prevention published a report showing that in 2020 the rate of gun deaths in America surged to a level not seen since 1994, as the homicides linked to firearms increased by thirty-five percent.

The CDC Injury Center Director, Dr. Debra Houry, MD, MPH, said that the 35% surge was the largest increase in the number of firearm homicides from 2019 to 2020, the first year of the deadly COVID-19 pandemic. Deb Houry said at a press conference that this’s a historic increase in more than two decades.

According to the CDC report, over forty-five thousand US people died in firearm-linked incidents as the deadly Coronavirus pandemic spread in America. And the homicide rate linked to firearms was the highest since 1994.

Against the backdrop of the #COVID19 pandemic the substantial increase in the firearm homicide rate, along with increases in firearm suicide rates, has widened racial, ethnic, and other disparities.😞

In 2020, most of the suicides (53%) and homicides (79%) in America involved a gun. High firearms-related homicide rates and corresponding discriminations by race and ethnicity, urbanization level, and poverty level show critical public health concerns. In addition, the latest study observed changes in gun homicide rates coinciding with the emergence of the deadly Coronavirus pandemic in March 2020.

The overall rate of gun-related homicide increased around 35 percent, from 4.6 per 100K in 2019 to 6.1 per 100K persons in 2020. The highest rates occurred among African American or non-Hispanic males of ages 10-44 years and American Indian or Alaska Native, non-Hispanic males of ages 25-44 years. On the other hand, the lowest and increased least rates of gun-related deaths were among the poverty levels, while firearm homicide rates were higher and seen larger rises at higher poverty levels.

Furthermore, according to the Johns Hopkins report, in 2020, about five thousand more deaths occurred related to firearm homicide than in 2019. As a whole, African Americans were at least fourfold more anticipated to be killed by firearms than the overall US population, and 12fold more possible than a White. Moreover, last year’s Federal Bureau of Investigation report shows that homicides in the U.S. increased thirty percent.