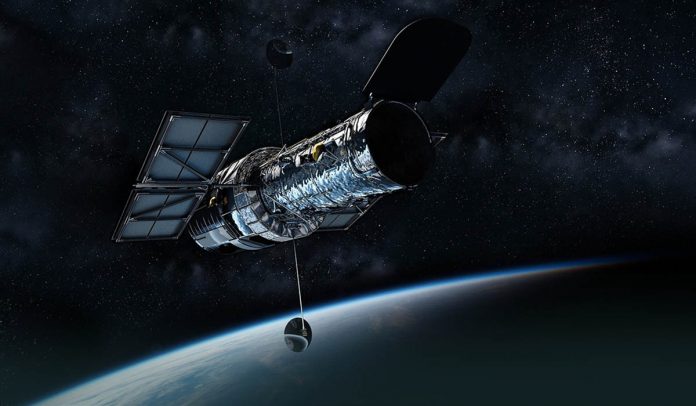 Recent discoveries from NASA’s Hubble Space Telescope have helped astronomers to solve the mystery of why Orion’s bright red supergiant Betelgeuse dramatically faded for several weeks in 2020 but then recovered.

In examining the more massive red hypergiant VY Canis Majoris, the study’s leader, astrophysicist Roberta Humphreys of the University of Minnesota, Minneapolis, explained that VY Canis Majoris is behaving a lot like Betelgeuse on steroids.

The team’s observation was published in the February 4, 2021 edition of The Astronomical Journal. The authors wrote that imaging and spectroscopy confirm a ‘record of high mass-loss events over the past few hundred years.’

They said that the similarity of this correspondence in VY Canis Majoris with the remarkable recent dimming of Betelgeuse and gas outflow is apparent. Moreover, the evidence for similar out-flows from the surface of a more typical red supergiant proposes that discrete ejections are more common, and surface or convective activity is a significant source of mass-loss for red supergiants.

Humphreys said that in VY Canis Majoris, they see something similar, but on a much more considerable measure. The massive ejections of material correspond to its intense fading, possibly due to dust that temporarily blocks light from the star. The enormous red hypergiant is 300000 times brighter than our Sun. Surprisingly, if it replaced the Sun in our solar system, the bloated monster would extend out for millions of miles between Jupiter and Saturn’s orbits.

Humphreys said The Star is Amazing

Humphreys demonstrated that this star is amazing. Moreover, it is one of the giant stars that they know of a much evolved, red supergiant. It has had multiple, massive eruptions.

On Friday, Humphreys said that he thinks the big takeaway about these outcomes is that the massive ejections or outflows from the star observed in the Hubble Telescope images and measured in the spectra are correlated with periods of significant variability.

She added that study team thinks this is due to convection on the surface responsible for massive gaseous ejections. For example, they know that the Sun has flares and outbursts of gas flows they see as prominences. She said that in VY, thirty times the sun’s mass and 300000 more luminous, this is much more extreme. These gaseous outflows may be approximately ten times the mass of Jupiter.

The arcs of plasma surround VY, appearing to have been cast out from it by distances thousands of times away than the Earth is from the sun and over the past several centuries.

The release notes that the hypergiant loses a hundred times as much mass at Betelgeuse and is now only visible using a telescope.

Moreover, she said in the release that this is possibly more common in red supergiants than scientists thought, and ‘VY Canis Majoris is an extreme example.’ Moreover, it may even be the critical mechanism driving the mass-loss, which has always been a bit of a mystery for red supergiants.

The future of that star is uncertain, but Humphreys stated that the star is unstable. Moreover, she said that this high mass-loss would determine its eventual fate either as a supernova or a black hole.