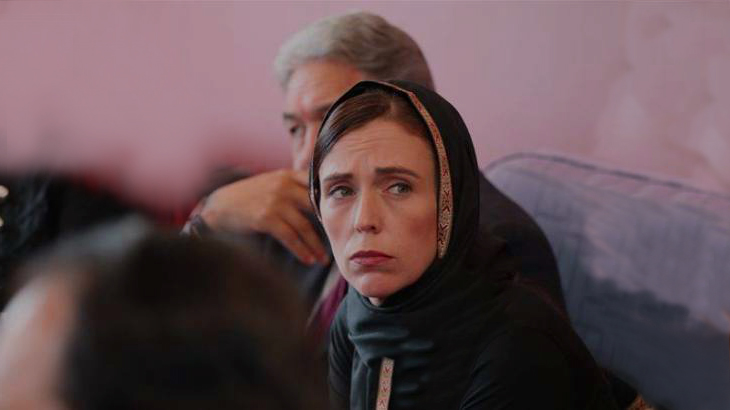 After the deadly terror attack on Muslim worshipers in New Zealand killing 50 people including children, women and men, the worldwide community condemns the incident collectively. The horrible killing done due to the racism thought against one religion. The decisive point is in all this happening is that the NZ Prime Minister Ardern called the worldwide fight to eliminate the ideology of racist from the whole world. In an interview with the international media, she said that she didn’t believe that racism fueled with the rise in immigration.

On last Wednesday, the first funeral of son and father from Syria took place. Hundreds and thousands of people grouped at a cemetery, which near to the targeted Mosque during the attack to express their grief to the victims and their families. Till now, the ruthless killer charged only with murder instead of terrorism and other charges.

A question about the increase in the nationalism, she expressed that the shooter was Australian national. However, it not means that they don’t have an ideology in New Zealand that would offend the mainstream of the New Zealanders. She wished that if it exists anywhere, it should weed out from there and she confirmed that they never back that environment where it can glow more.

She added that she would like to make the worldwide call to root-out racism anywhere from the world. Ardern said that New Zealand faced violence by someone other who learned and grew up their ideology else somewhere. The Prime Minister also stated that they couldn’t think in terms of boundaries if they want to ensure that they are safe, inclusive and tolerant globally. Jacinda Ardern termed her state as a welcoming country as they accept the record refuges. PM also wished not to call the accused with the name. The killer wants to call him with notoriety which is one among his goals, whereas, the NZ Government absolutely deny him.

Latest Development in the Christchurch Shootings

The police officials of New Zealand named six of the fifty victims during the killing attack at Al Noor Mosque in Christchurch. They are hopeful that they will deliver all the fifty dead bodies of victims to their families by the end of the day. According to them the examinations regarding post-mortem of the deceased were complete. On the other side, some of the families show their frustration due to the delay in the dead body’s delivery process of their loved one. Likewise, a complaint from 23 years old boy Mohammad Safi received that authorities are giving lack of the information about her died father Matiullah.

Modifications in the Gun Laws after New Zealand Cabinet Meeting

The young boy expressed that the officials are just saying that they are going through their regular procedures. But why they are not telling what the process they are adopting for the identification of the bodies. Mike Bush, the Police Commissioner, said that the authorities needed to prove the reason for the death to launch the case in courts as a murder. Officials of Christchurch city delivered strict guidance to the media reporters for the Wednesday’s funerals. Moreover, they requested them to stay away from the families and left them alone to spend the last moments of their loved ones peacefully.