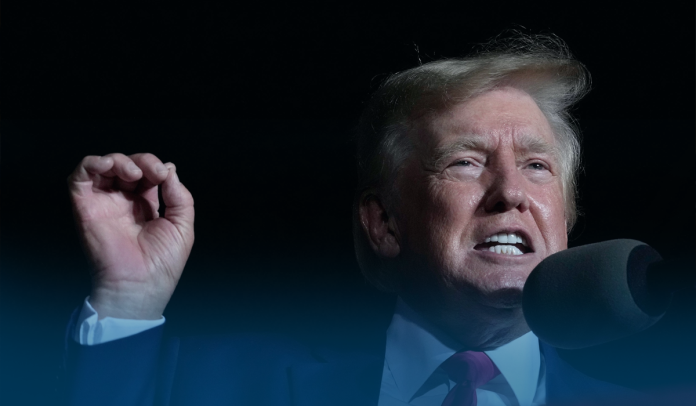 Following a unanimous vote of the Congressional committee, the January 6th Select Panel on Friday formally issued a subpoenaed Donald John Trump, the former United States President, requesting responsive documents and ‘testimony under oath’ to support the panel’s inquiry into the Capitol assault and its origins.

In a letter to the ex-US President, Congressman Bennie G. Thompson, Chair of the Jan. 6 Committee, and Congresswoman Elizabeth Lynne Cheney, Vice-Chair of the Jan. 6 Committee, underlined his key role in a thoughtful, organized effort to tilt the 2020 election outcomes and interrupting the transition of power. The witness summons to the former President necessitated the handing over records to the Panel by 4th November and to appear for testimony commencing on or about 14th November.

Additionally, Liz Cheney (R-Wyo.) said that the former President wouldn’t be able to turn his deposition testimony into a circus. On Sunday, Ms. Cheney said in NBC’s news/interview program ‘Meet the Press’ that the panel deals with this matter extremely seriously. However, she added it might take several days, and it would be completed with the firmness and seriousness it deserves.

Earlier on Friday, Stephen Kevin Bannon, who served as the White House’s chief strategist in the Donald Trump administration, was sentenced to 4 months in prison for disobeying subpoenas from the Jan. 6 Panel. Moreover, the US federal judge imposed a fine of 6500 dollars. However, Bannon remains free pending appeal.

The 1/6 panel voted 9/Zero at its ninth hearing session on 13 October to issue a subpoena to the ex-President after it made the case that he initiated the violence at the US Capitol Hill on 6th January 2021. However, it’s still uncertain how Mr. Trump and his legal team would respond to the panel’s request. He could obey or discuss with the panel; declare he would disobey the call or overlook it. Trump could take the matter to court and attempt to stop it.

On Monday, Associate Justice of the Supreme Court, Clarence Thomas, agreed to order the temporary freezing of a lower Court order demanding the testimony of a GOP Senator Lindsey Olin Graham from South Carolina, before the Georgia special panel of judges that are inquiring about the unsuccessful attempts to reverse results of the 2020 election in the state.