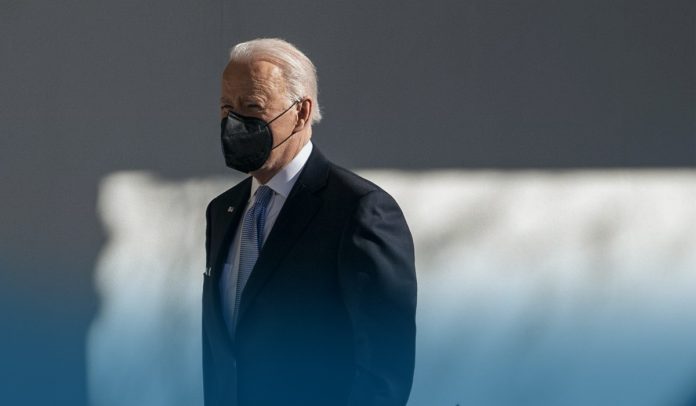 The White House said Sunday Joe Biden, the United States President, assured Volodymyr Zelensky, the President of Ukraine, that America will respond ‘swiftly and decisively,’ along with his allies, to any further Moscow hostility against its East European neighbor Ukraine.

Both Ukraine’s Zelensky and President Joe Biden have agreed in an approximately hour-long phone-call on both the carrot and stick in response to Moscow’s increased military presence along the Ukrainian border. The phone-call came due to US warnings that a potential invasion of the Russian Armed Forces into the former Soviet Republic could happen at any time soon.

Reaffirming a promise to defend the whole of the NATO region, Jake Sullivan, the Assistant to the American President for National Security Affairs, warned that the Kremlin could attack Ukraine and might create a ‘pretext’ for an invasion.

.@POTUS spoke with President Zelenskyy today to make clear the U.S. would respond swiftly and decisively to any further Russian aggression against Ukraine. The leaders agreed on the need to continue pursuing diplomacy and deterrence in response to Russia’s military build-up.

Some air carriers canceled flights to Kyiv, the capital of Ukraine, and military personnel there unloaded new deliveries of arms for the Western military alliance members on Sunday, as its leader sought to project assurance in the face of US cautions of potential attack as soon as this week by an increasing number of Russian Armed Forces.

Zelensky spoke to US President for nearly an hour, asserting that people in Ukraine had the country under safe and reliable protection against dreaded invasion by far more powerful Russia’s military, according to the aides. Nevertheless, the two leaders agreed to retain urging both diplomacy and deterrence to make efforts to avert possible Russian offensive.

In addition, their latest phone-call came a day after Biden warned Russian’s Vladimir Putin during a call that America and its partners will act “forcefully and impose quick and severe sanctions” on Moscow should Mr. Putin choose to invade the post-Soviet country.

According to the President Biden government, it has become growingly outspoken about its fears that Moscow will stage an episode in the near-term that would create a surprise pretext for an attack on its neighbor. According to the two sources having the knowledge of the matter, European and American intelligence findings in the last days have sparked concerns that have given rise to concerns that Moscow might attempt to target a planned Ukraine military drills scheduled for Feb. 15 in Ukraine’s East to launch a false-flag operation.

Furthermore, the US intelligence officials anticipate that aiming the military drills is just the single of numerous options that the Kremlin has considered as a likelihood for a false-flag operation. Moreover, the White House has accentuated that they don’t realize with certainty if Russia’s Putin has made the ultimate decision to launch an attack. The Kremlin’s troops are accumulating on Ukraine’s East, North, and South in what Moscow maintains are military drills.

According to a Ukraine official, Mr. Zelensky transformed calls for the U.S. to offer better military and financial assistance to Kyiv and requested the U.S. leader to visit his country as early as possible. However, a visit by President Joe Biden is very unlikely, according to the American officials.

An American official informed the U.S. administration’s assessment for how many Russian military personnel are deployed close to the Ukraine borders to over 0.13 million, up from over one hundred thousand troops America quoted openly in last weeks. However, Zelensky has frequently downplayed the American warnings, asking the growing forceful declarations from officials of the U.S. in past days that Moscow could be preparing to attack any time soon.