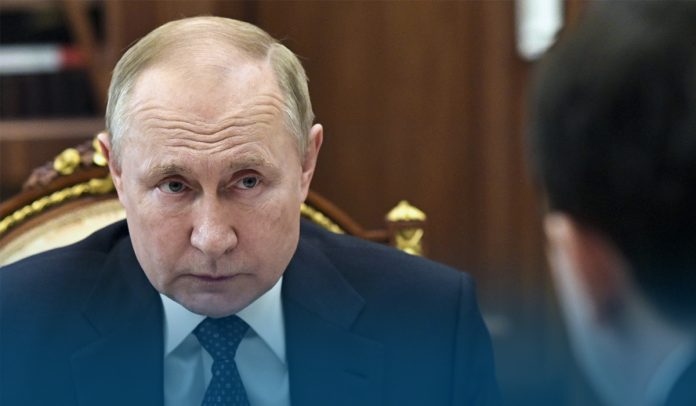 According to the White House, US Intel shows Mr. Vladimir Putin, the President of Russia, is being misled by his advisors about how badly his Armed Forces performed in Ukraine and the influence of the harshest and largely coordinated sanctions on the economy of Russia. In the meantime, the UK Intel says the Russian military is discouraged, short of military equipment, and declining to carry out orders. Moscow hasn’t yet provided any remark on the intelligence assessments.

Katherine Joan Bedingfield, the White House Communications Director, said America had information that the President of Russia ‘felt misinformed by the performance of the Russian forces,’ and this had caused persistent tension between him and his military command. She added the Kremlin’s unjustified war had been a tactical error that has left Putin’s Russia growingly isolated in the world arena.

This assessment might aid elucidate why Vladimir Putin refused several peaceful exits the United States and other countries presented him in the buildup to his violence in Zelenskyy’s Ukraine, believing that the Armed Forces of the Russian Federation could swiftly overcome the firm opposition of Ukrainians.

Moreover, the US, the UK, and European intelligence assessments on March 30 came as the all-out Russian incursion of Ukraine ground to a bloody stop in the majority of the state, and talks to bring an end to over a monthlong war to yield outcomes.

US will Provide More $500M Aid to Ukraine

The United States official, speaking on the condition of anonymity, said that the United States government is optimistic that revealing the intelligence findings could assist push Mr. Putin to think again about his options in the embattled country.

Previously, the Kremlin has denied American assessments that Moscow troops had been dealt considerable setbacks in the former Soviet republic, with the Russian leader himself expressing earlier this month that everything was producing the desired results.

Joe Biden, the President of the United States, spoke with the President of Ukraine for about an hour on 29 March as air attacks near the capital city appeared to bear out European skepticism that peace discussions could ease Moscow’s brutal assaults on Ukrainians.

The US leader told Zelenskyy that America would give additional 500M dollars in direct budgetary assistance, according to the White House, and discussed about how Washington is working nonstop to fulfill the critical security help pleas by Kyiv.

Moreover, America has frequently rejected Ukraine’s leader’s calls for further direct aid, like fighter aircraft and enforced no-flight zone, and the White House made explicit after the call it was no closer to backing those measures.

Read Also: ‘No Apologies’ for His Comment ‘Putin Can’t Remain in Power’ – Biden