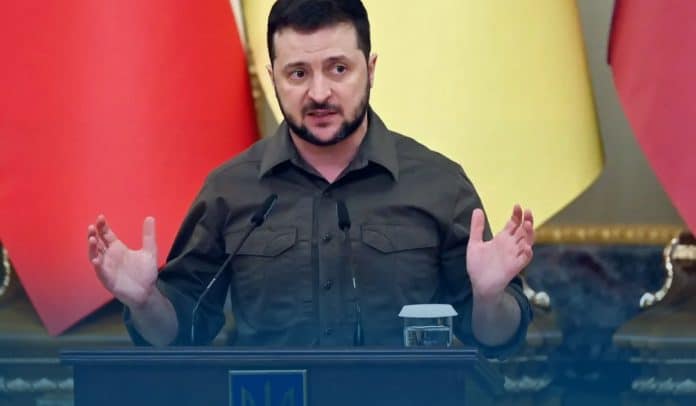 According to authorities in Kyiv, Ukraine, Putin-led military forces have launched an all-out offensive to seize the eastern part of his country, while a Russian missile strike hit Lviv, a western Ukrainian city, around 44 miles (70 kms) from the border with Central European country of Poland, killing at least seven.

According to Volodymyr Zelenskyy, the President of Ukraine, the ‘fight for Donbass’ commenced on Monday, with a massive part of the whole Russian Ground Forces now shifting their focus on this offensive.

The Donbass region, a historical, cultural, and economic region in southeastern Ukraine, is primarily a Russian-speaking heartland, where Russian-supported separatist forces have been in a fight with the Ukrainian military for the last 8-years. In addition, pro-Moscow leaders have declared independence for Luhansk and Donetsk from Ukraine in 2014, which the Kremlin recognized before Putin’s large-scale attack on Ukraine on February 24.

Russia’s Foreign Affairs Ministry published a statement on February 22, 2022, and welcomed the recognition of the independence of Luhansk and Donetsk People’s Republic by the Russian leader, Mr. Vladimir Putin.

On Tuesday, Ukrainian policymaker Kira Rudik told the media that the ‘fight for the Donbass’ will be the ‘major battle’ of the unprovoked war with the Russian Armed Forces. In a video-address on Monday, the Ukrainian leader determined that Ukrainian military forces will continue to fight against Moscow’s long-expected incursion in the region.

Furthermore, a member of the Ukrainian parliament, Rudik, said that the outcome of the ‘fight for Donbass’ would impact what would happen to the capital Kyiv, the port city of Mariupol, the western Ukrainian city of Lviv, and to all the other cities in the country. So that’s why it’s so significant for them to get all the support and assistance right now Ukrainian forces can and to get it without delay so they can stand up and can actually be victorious.

On 25th March, Russia claimed that the initial phase of its ‘special military operation’ in embattled Ukraine was mostly accomplished, and it would now focus on entirely liberating the Eastern Ukrainian region of the Donbass. However, as the Russian military failed to storm Kyiv, it started to retreat its troops from the capital city; Moscow commenced regrouping, reinforcing, and shifting its focus toward the Eastern part of the country.

In a video-address, Zelenskyy also vowed to strongly resist the Russian forces, saying no matter how many Russian personnel are moved there, they’ll fight back. Ukraine will defend itself courageously. And his forces will do it every day.

Andriy Yermak, the Ukrainian President’s Chief of Staff, called the full-scale ground offensive the 2nd phase of the Russia-Ukraine war and assured the Ukrainian people their very strong Army could resist the attack.

In an exclusive CNN interview, the President of Ukraine said the arms the United States and its Allies have provided to Ukraine thus far, including the President Joe Biden government’s latest $800M security and military assistance, have helped his forces strongly resist Putin’s brutal incursion. But he added more military help would be needed.