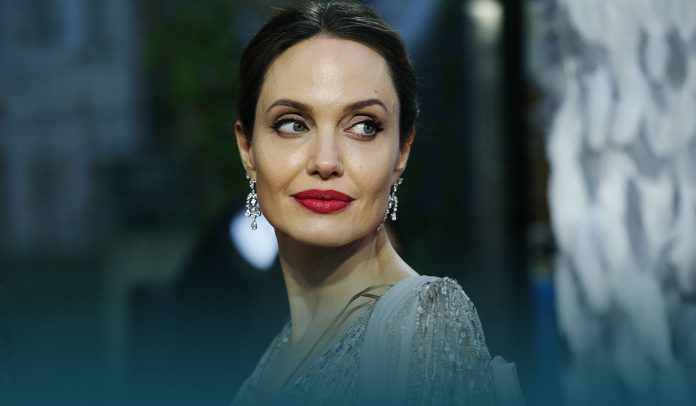 Angelina Jolie, the American actress, donated a secret amount to two British children. These children are running a lemonade stand to collect funds to help people of Yemen suffering from a humanitarian crisis. Six-year-old schoolboys Mikaeel Ishaa and Ayaan Moosa from east London are best friends. Mutually they set up the stand to raise money for charity in July after getting knowledge about the crisis.

Angelina Jolie has donated an undisclosed sum to two children who are running a lemonade stand to raise money to help people suffering due to the humanitarian crisis in Yemen. https://t.co/IWdq3Wm4Bh

37-year-old Shakil Moosa, the father of Ayaan Moosa, told CNN that the Maleficent star contacted the family three weeks ago through an agent and offered to make a donation for the cause. The funds of that donation transferred this weekend. The American star also sent a letter to children, which they shared on their official Instagram account. Shen thanked them for their efforts and also made an apology that she couldn’t there physically purchase their lemonade.

Mikaeel Ishaa and Ayaan Moosa Thanked Jolie for her contribution

Moosa praised her and called her amazing and accepted her as one among the top names on Earth. The children thanked Angelina in a video on Instagram. They also wished to sell her a glass of lemonade whenever she visits London next time.

9 weeks on from the initial fundraiser .. the lemonaid boys have received an extremely generous donation from Angelina Jolie along with this amazing card! We are blown away!! One of the biggest stars in the world 🌍 The boys return to school tomorrow but intend to carry on the good work they’ve been doing to raise awareness and money. Watch this space. This is only the beginning 💙💙💙 #angelinajolie #yemen #yemencrisis #lemonaidboys

Jolie – a Special Envoy for UNHCR, the UN Refugee Agency

Angelina Jolie, the Special Representative for UNHCR, the United Nations Refugee Agency, previously expressed about poverty and conflict in Yemen, which affected due to the civil unrest for the last few decades. A five-year civil war pitted Houthi rebels from 2015 against the globally recognized government, backed by Saudi Arabia and UAE, killing around one lac and twelve thousand people.

According to an estimation, half of the population of the Middle Eastern country is at risk of starvation, with millions hungry, hungry, or malnourished. Yemen also facing the attack of a disease, with tens of thousands of people contracted cholera. Nowadays, there is a concern that the country may suffer one of the worst COVID-19 outbreaks in the world. When Mikaeel and Ayaan heard about the problem of young children of Yemen, they planned to help them, Ayaan’s father told CNN.

Moosa said that they shocked by the killing of people in such a shameless way. For the first in their lives, they both came to realize that not everyone is living like them. They keened to do something positive for them and decided to give a charity to these people. They helped to raise around $90,944 (£70,000) together with joint fundraising efforts from friends and family. Now, they have hope to be able to raise about £150,000.

Read Also: Demi Lovato launched a campaign for Breonna Taylor on her birthday