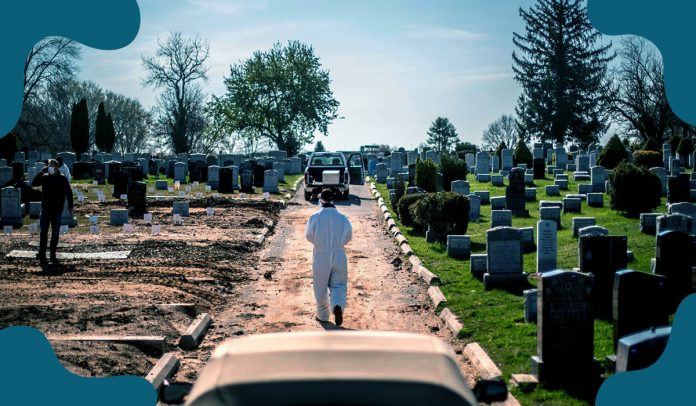 The White House significant COVID-19 recent model is now projecting that 134,000 people will lose their lives amid coronavirus in the U.S., almost double its former estimation. The Institute for Health Metrics & Evaluation (IHME) at the University of Washington revised the model that predicted around 72,433 deaths as of Monday morning.

NEW: The @IHME_UW model favored by the Trump admin today *nearly doubled* its estimate of how many people in the US will die from coronavirus by August, to 134,000. The main reason? Several states “premature” reopening. https://t.co/w6Z3LbVyme

Similarly, the model of Trump administration forecasts a rise in the cases of coronavirus and deaths due to it in the coming weeks, up to around three thousand deaths daily in the United States by 1st June, according to an internal official document. According to the statistics from Johns Hopkins University, during the last week, approximately two thousand people died daily in America.

The rapid increase in both models depends on the relaxation in social distancing and increased mobility in different states of the United States. States all over the country – including Indiana, South Carolina, Florida, Colorado, and Nebraska reduced restrictions in an attempt to recover the sputtering dying economy and to calm the restless citizens.

Dr. Christopher Murray, the director of Health Metrics and Evaluation, said that other aspects included several states adding potential coronavirus deaths to their data and the growing number of cases in some meatpacking facilities in the country. Murray said states should balance their activities. The challenge for the whole nation is to understand what is the trajectory of easing social distancing on a restrained pace that will protect the residents from massive increases or even a full-scale revival.

According to the projections, these reopening of the states may come lethal risks to the lives of hundreds of millions of people. Elizabeth Cohen, the senior medical correspondent of CNN, says that it is simple logic. When the state allows people to go to bars or go to a restaurant, then the number of coronavirus cases is going to mount.

According to the Centers for Disease Control and Prevention (CDC), the incubation period of COVID-19 or the time from the contact to developing symptoms ranges from two to fourteen days, and the virus can even spread among people who have no symptoms at all. With extensive testing but still limited, the costs of these reopening may not be obvious for many weeks.

A professor of Health Metrics Sciences at IHME says that there are many reasons for the improved predictions. For example, one of them increased flexibility before the ease in relaxation, early relaxation of social distancing. The officials see several pandemics in the Midwest. He said several factors effect infections such as population density, testing capacity, heat, and the most significant mobility.

At the moment, the United States is seeing a surge in mobility that is leading to a rise in mortality in the country. According to the statistics from Johns Hopkins University, the COVID-19 killed around seventy thousand people and infected more than 1,210,000 people.

Donald Trump, the President of the United States, previously said that he projected sixty-five thousand U.S. nationals to die, but on Sunday night, he reviewed that projection death toll over eighty to ninety thousand people. A White House COVID-19 task force official, Dr. Deborah Birx, says that it may not be the last mounting revision, the model forecasts between one lac to 2,40,000 American deaths, even with social distancing.

Some beaches and shops in California can reopen

In California, public anger is rising at Governor Gavin Newsom for keeping some beaches close. Two beach cities in Southern California – Huntington and Dana Point Beach decided to file a previous ban week against the order of governor to close all beaches in Orange County provisionally. On Monday, Newsom said that two other cities San Clemente and Laguna Beach, may reopen under some restrictions regarding social distancing.

The governor said the officials of law enforcement in those regions put together an outstanding strategy to reopen the beaches. Announcements regarding the opening of other beaches may happen in the coming days. On Monday, he allowed opening some grocery stores in California at the end of the week. Eric Garcetti, the Los Angeles Mayor, said he didn’t think the city would reopen before 15th May.

Businesses that fall into a “low-risk” category will be allowed to open Friday, including expanded retail with curbside pickup, and associated manufacturing and supply chains that support those businesses https://t.co/e8hq4R1493

Similarly, London Breed, the Francisco Mayor, said they might need additional time to open businesses responsibly to ensure the progress made against the coronavirus. The officials are discussing to apply new guidelines for restaurants, gyms as well as other public places. But they are not confident to open those businesses this Friday.

Other significant reopenings across the United States

In Colorado, offices allowed to reopen at fifty percent capacity with other safety guidelines, including allowing six feet between the desks of employees and increased cleaning. Still, state officials encourage businesses to allow home working when possible. Similarly, the first phase of reopening businesses started in Florida. Shops can reopen at twenty-five percent capacity. Other businesses – including hair salons, gyms, and bars will remain close. Three highly inhabited counties not included in this decision.

Whereas, in Nebraska, most saloons, churches, and restaurants can reopen. Moreover, in South Carolina, the work from home order made voluntary and restaurants allowed to start outdoor dining. Governor Phil Scott of Vermont expects a huge number of residents to return to work after an executive order that permits them to work with new safety rules. Distribution, manufacturing can operate with ten or fewer employees. Also, the stay-at-home orders expire Monday in West Virginia and Kansas. 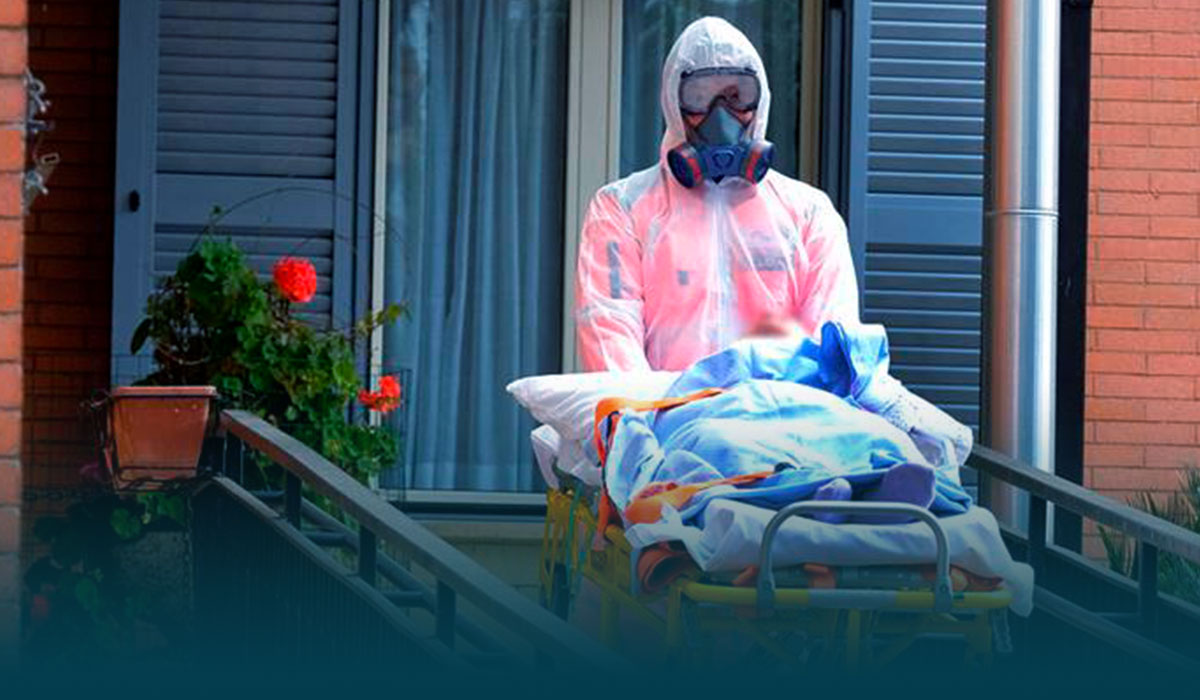 Even in reopening states, representatives continue to suggest people stay at six feet away from others, cover face when going outside the home, wash their hands regularly, and avoid touching the face. The public pressure to relax restrictions is growing even in states with a significant rate of epidemics. A few days back, a huge crowd gathered in California to protest COVID-19 restrictions, leading to thirty-two arrests at the state Capitol. On Monday, demonstrators grouped outside the State House in Boston, Massachusetts.

Chicago, the 3rd most-populated city of the United States with 2.7 million citizens, reached the doomed milestone of one thousand COVID-19 deaths, according to Mayor Lori Lightfoot. According to the health department of the city, at least 1014 people died due to coronavirus. During the last two months, the number of COVID-19 deaths in the Chicago city has now over double the number of killings in the city in 2019.

New York coronavirus cases falling, but others raising up

In some states of the United States, the number of COVID-19 pandemic cases continues to fall, while other areas face challenges. Andrew Cuomo, the Governor of New York, reported that the number of intubations in the state poorly affected by coronavirus is down, and the overall number of hospitalizations is less than ten thousand for the first time since March.

Still, he stated frustration with the slow decay in cases, especially compared with how instantly cases increased primarily. He said improvement didn’t mean the citizen leave its guard. Marty Walsh, the Mayor of Boston, said numbers in his city became steady for a few days, but he concerned about relaxing restrictions. He appreciates those people who want to open the businesses and economy. Walsh also wants to open up the economy, but he also wants to save the lives of people.

Saving people’s lives is the right job at the moment, and that’s what every governor and every mayor in the U.S. is doing. Dr. Anthony Fauci, a senior member of the White House Task Force, also warned that easing measures too early might lead to a rebound of the coronavirus that might put America in the same situation a few weeks back. A second wave of the coronavirus, but worse than first, may attack the country in the upcoming fall and winter. But it depends on how the nation prepared for it.

Read Also: How to stop 2nd wave of COVID-19 that may hit the US