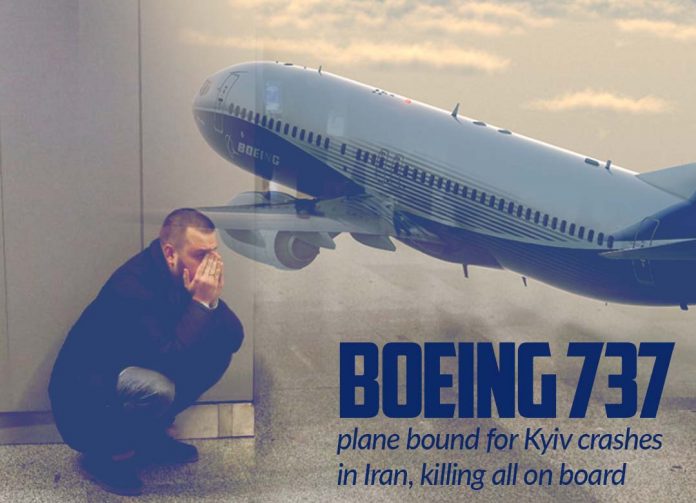 On Wednesday morning, a Boeing 737 passenger plane of Ukrainian Airlines crashed shortly after take-off from Tehran, killing all 176 passengers on board. According to Oleksiy Honcharuk, the Prime Minister of Ukraine, there was a total of 167 passengers along with nine crew members on the Ukraine International Airlines flight number 752. Furthermore, the President of Ukraine, Volodymyr Zelensky, said that all people on board lost their lives.

The Boeing 737-800 takes off for Kyiv, Ukraine, at 6 a.m. local time from Imam Khomeini International Airport, Tehran. Press photos revealed that emergency workers were searching through debris outside of Tehran. Later, Ukraine International Airlines confirmed the total numbers of passengers along with crew members on board and said that the victims belong to Iran, Ukraine, Sweden and Canada. The airlines postponed flights to Tehran until further notice. The foreign minister of Ukraine separately said that there were four passengers from Afghanistan, three from Britain and three from Germany.

The reason for the Boeing 737 crash

A spokesman of the airline said during the press conference that nothing happens wrong with the aircraft that last serviced on 6th January; also, it carried through an experienced team of the crew. The reason behind the crash of the plane was not known instantly and might take months to find out. However, the Fars news agency of Iran reported that the plane crashed because of technical problems, without mentioning additional details.

Iran based Ukraine embassy said in a statement that engine failure caused the crash, citing initial information. But later, it removed that statement and said that any comments about the root of the crash prior to the verdict of the commission are not official. According to Reuters, Ukraine International Airlines officially announces that it is doing all possible things to determine the real cause of the crash and will do a thorough investigation. Zelensky also supposedly instructed the prosecutor general of the country to open criminal proceedings about the air crash. 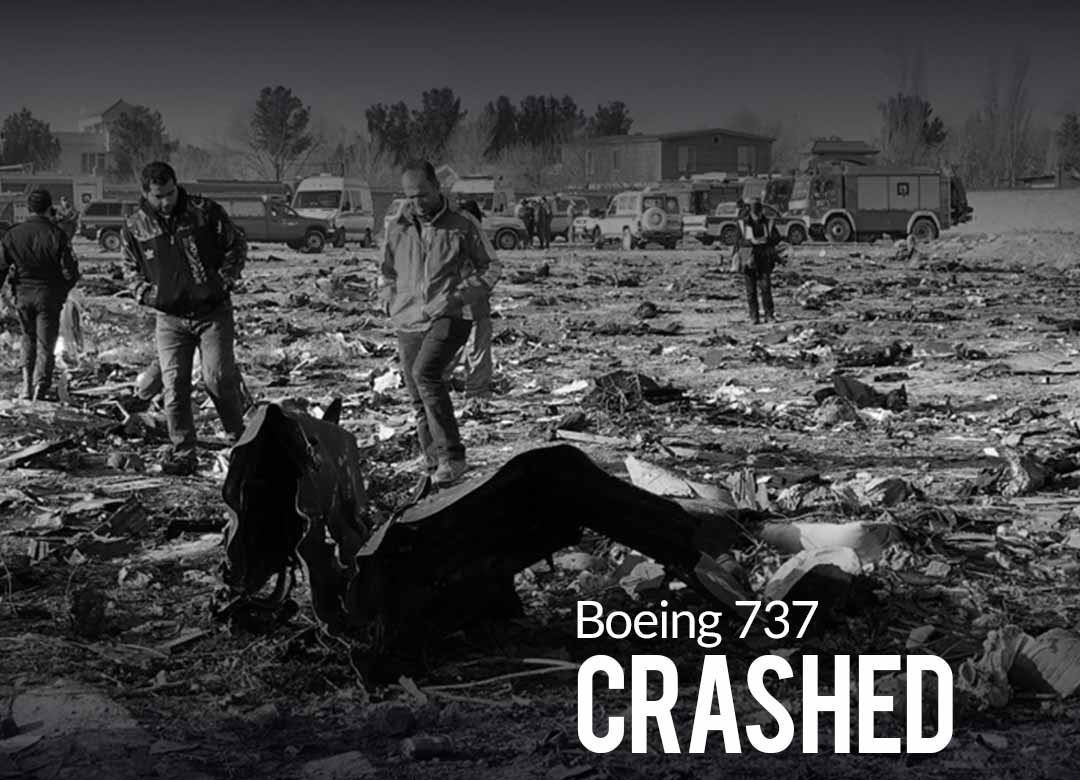 The 737-800 is another model of Boeing rather than 737 Max that regulators grounded internationally in March 2019 after two deadly crashes in a duration of just five months. This decision sends Boeing in the biggest crisis in its over a hundred-year history and leading to the firing of its CEO. According to Flightradar24, a flight-tracking website, Ukraine International Airlines received 737-800 new late in 2016. It added flight 752 stopped sending its location information for about two minutes during the flight.

State Television reported in a phone interview with the heads of Emergency Management and the Civil Aviation in Iran that Shahriar, near Tehran, was the crash site. Emergency services stated that the fire at the site was so strong that it halts the rescue efforts. Ukraine International Airlines says it has forty-two planes in its fleet and operates around 1110 flights in a week. The airlines didn’t respond instantly for the request to comment share more information. Boeing says in a statement that they are attentive to the media reports out of Iran, and they are gathering more information.

The plane crash happens at a tense time in Iran when it has a serious conflict with the United States. On Tuesday, the Federal Aviation Administration banned American airlines from flying over Iran because of the risk of commercial airplanes being mistaken for military aircraft. According to Flightradar24, some other non-American airlines rerouted their flights to avoid Iran and Iraq.