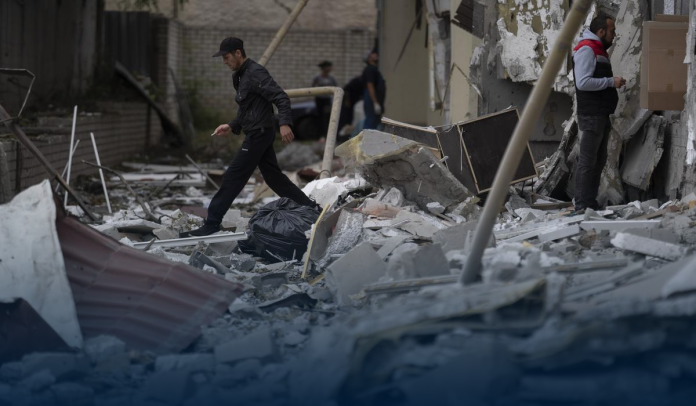 On Monday, Kyiv claimed that its forces had regained broad swaths of territory in the country’s northeast region, propelling some Moscow soldiers back to the border between the two conflicting sides. Volodymyr Zelenskyy, the President of Ukraine, said that his military had reclaimed nearly 2317 square miles of land from Russian control in a long-awaited counter-attack in September, inflicting a massive blow to Russia.

Additionally, the Ukrainian leader said in his late-night address to his people that since the beginning of this month, their brave and strong soldiers have already taken back approximately six thousand kilometers of their homeland in the country’s South and East, and they’re advancing rapidly.

According to media reports, the Armed Forces of Ukraine expanded their battlefield successes, pressing effectively to Ukraine’s northeastern border, and asserting to have taken several Moscow personnel as part of a combat advance that propelled Russians to withdraw quickly.

And on Monday, Vitaly Ganchev, a Moscow-appointed official in northeastern Kharkiv, said Monday that Kyiv military personnel had exceeded Moscow troops by eight times during a swift counter-attack in Kharkiv over the weekend. Ganchev continued that Zelenskyy soldiers gained previously Moscow-held land north of Kharkiv Oblast, and nearly five thousand residents had been vacated to Russian territory.

The Russian official also said that the situation in war-torn Ukraine is becoming more challenging all the time, adding that the border with Russia’s Belgorod Oblast, located 25 miles north of the Ukrainian border, was now shut down. During the weekend, the Kyiv military occupied the major Moscow supply hubs of Kupiansk and Iziam.

On Tuesday, Hanna Malyar, Ukraine’s Deputy Minister of Defense, said that despite heavy battles in the Kharkiv area, the Ukrainian military is advancing rapidly because its personnel are determined, and its operational plan is well-defined. Malyar added the goal is to regain the Kharkiv area and all the grounds taken by the Moscow forces.

Kyiv and Moscow have agreed on an IAEA’s recommendation that an urgent safety and security protection zone must be carved out around Ukraine’s Zaporizhzhya nuclear complex, according to IAEA’s head.

The officials from both sides have accused each other of the attacks at the site of ZNPP, Europe’s largest, that has harmed buildings near the plant’s six VVER-1000 PWR nuclear reactors and risked the potential disaster. In addition, Rafael Grossi, IAEA Chief, demanded an immediate halt to strikes close to the atomic facility.