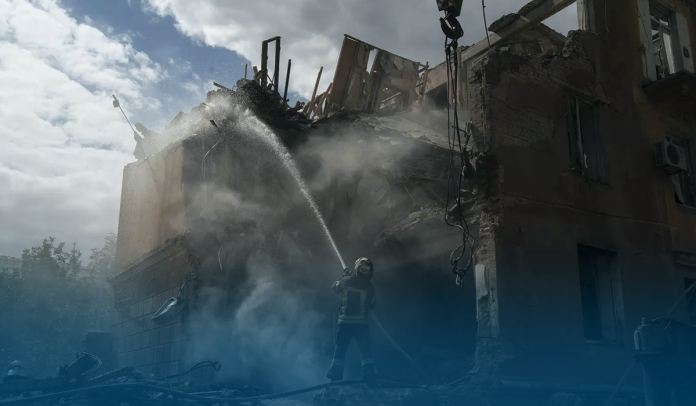 On Wednesday, Linda Thomas-Greenfield, the American Ambassador to the UN, said that approximations from multiple sources show that Russian authorities have cross-examined, sent to a detention center, and expelled between 0.9M and 1.6M Ukrainian citizens. She said they’re deported to Russia, frequently to Russian Far East.

However, Moscow directly dismissed the accusation as imagination, calling it the latest fabrication in the European campaign of spreading false information.

The US’ allegation came during a United Nations Security Council – one of the six principal UN organs responsible for maintaining international peace and security – requested by Albania and America to discuss the Russian administration’s filtration procedures.

And that ‘filtration’ operation involves the citizens willingly escaping the Russo-Ukrainian war in their native land and residents being expelled by force, often to Far East regions, passing through several filtration spots where treatment purportedly ranges from cross-examination, frisking, ill-treated, detained, and never seen again.

Moreover, Thomas-Greenfield said that assessments found that thousands of Ukrainian children have been subject to the operations, some inappropriately separated from their families and taken from orphanages before making their adoption plans in Russian. She added that only in July, over eighteen hundred children were relocated from Russian-seized regions of Ukraine to Russia.

On the other hand, Vasily Nebenzya, Russia’s Permanent Representative to the UN, claimed that around 3.7M Ukrainian people, including 0.6 million children, have moved to Moscow-seized areas in Ukraine’s East o Russia, and they’re not being held in prison. He added those are willingly living in Russia, and nobody is preventing them from transferring or stopping them from fleeing the state.

In addition, Russia’s U.N. ambassador said that those Ukrainian people went through a registration process instead of the filtration operation, the same as that for the refugees of Ukraine in the Central European country of Poland and other EU states.

Vedant Patel, the Principal Deputy Spokesperson for the US State Department, said they’ve information that the Russian authorities are generating lists of ‘to be targeted’ Ukrainian people for the filtration process. He said that America demands an immediate stop to those filtration procedures.