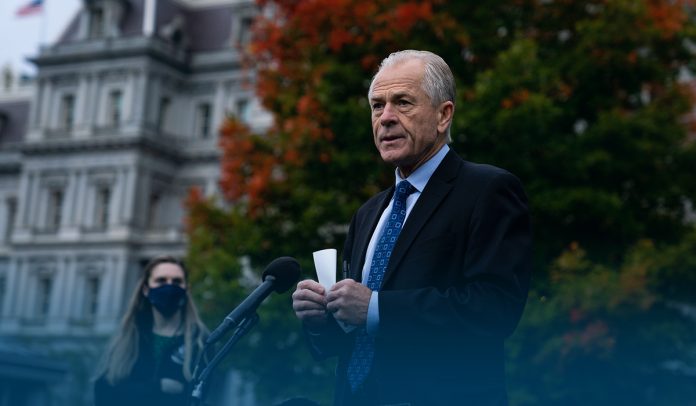 The former US President Donald Trump’s advisor, Peter Navarro, said he’d been issued a subpoena to testify in front of the federal investigation panel later this week. Navarro is being commanded to hand over to the U.S. Department of Justice the documents linked to the deadly Capitol Hill riot on the 6th of January last year, including his communications with Donald J. Trump, Trump’s lawyers, and his counsel.

In addition, the grand jury subpoena to Peter Navarro, Trump’s Director of Trade and Manufacturing Policy, seeks his statements associated with the events leading up to the deadly Capitol insurrection, and DOJ inquiry might be advancing to include actions of the White House staffers.

DOJ requests all docs related to 1/6 committee’s subpoena, “including but not limited to any communications with former President Trump and/or his counsel or representatives.”

Trump’s White House advisor disclosed the presence of the witness summons in a draft suit he said he’s readying to file against the January 6th Capitol attack inquiry committee, the United States Attorney for the District of Columbia, Matthew Michael Graves, and Speaker of the U.S. House Nancy Pelosi.

Peter Navarro, the former Trump aide, made the assertion in a lawsuit’s draft copy he is intending to file soon against the January 6th panel inquiring about the Capitol Hill attack by the followers of Donald Trump. The lawsuit shared to NBC News says that the Select Committee’s own summon to him is illegal and invalid and should be turned down by a judge.

Moreover, the U.S. House of Representatives voted 220/203 to refer Peter Kent Navarro to the Justice Department on criminal contempt of the U.S. Congress in April after he and the ex-White House Deputy Chief of Staff Dan Scavino snubbed the Jan. 6 subpoena for records.

The subpoena to Peter Navarro by the U.S. Attorney’s Office for the District of Columbia explicitly demands all records relating associated with the 9th February’s subpoena that the former Trump aide received from the Jan. 6 panel to inquire about Capitol insurrection, including any communications with the then-US President and his representatives. However, the United States Attorney’s Office refused to provide any remarks on the summon.

According to the media reports, Mr. Navarro has been public regarding his efforts to work with Donald Trump’s drive to overturn the United States Presidential election, 2020. Furthermore, in a book published in Nov. 2021, Peter Navarro details a Green Bay Sweep plan, which involved persuading leaders of the states in several battleground states to cause doubts about the outcomes of the election in an effort to postpone and ultimately block the Electoral College vote count.

Additionally, in an appearance on the former White House Chief Strategist, Steve Bannon’s podcast earlier in 2022, the former Trade Advisor appeared to criticize the ex-US VP Mike Pence, 62, for expressing Donald J. Trump had been wrong to assert that the VP had the power to tilt the election results.